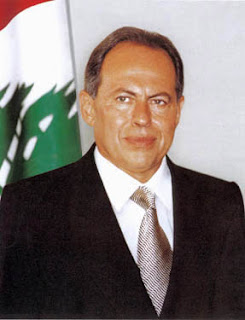 First the country that has postponed a vote yet again although it needs one rather badly. Rick Moran reports in American Thinker that

Unable to achieve a consensus on which Christian politician should serve as president, both pro and anti-government forces agreed to delay the vote in Parliament to choose a successor to current pro-Syrian President Emile Lahoud.

The story is based on a Reuters report, which adds a European dimension:

"The ministers reiterated the urgency of an inter-Lebanese accord in terms of this crucial election, and our availability to continue working towards that end," deputy French Foreign Ministry spokesman Frederic Desagneaux said on Monday.

That ought to do it, I expect. Hezbollah will, undoubtedly, see the light and negotiate with the Maronites.

On to the elections that did happen. First off, Switzerland, to whose electoral campaign we have referred to before.

The Swiss People’s Party, described by such wonderfully democratic institutions as the UN Human Rights Commission as being extremist and right-wing but, in actual fact, the party that held the largest number of seats even before the election, has won handsomely, getting 29 per cent of the vote and 62 seats out of 200 in the Lower House, the National Council.

Although many saw the campaign as tainted by racism or xenophobia, the Swiss elected their first black parliament member Sunday — Ricardo Lumengo of the Social Democrats, an Angolan who arrived in Switzerland as an asylum seeker the 1980s and subsequently became a legal expert.

Well, go figure, as they say on the other side of the Pond.

Of course, this election is important in symbolism more than in reality. Because of the complicated electoral system, the Swiss government will go on being a coalition of four parties and the cantons will carry on being far more important than said government.

For all of that the Swiss have shown their mettle. They want to be ruled in the way they decide and they do not want to have their very special culture destroyed. In my opinion they made a serious mistake when they decided to join the UN in 2002 after keeping out of that corrupt tranzi organization for decades, but they are making up for that.

We can be reasonably certain that there will be little talk of Switzerland joining the EU or, even, the EEA for some time to come. 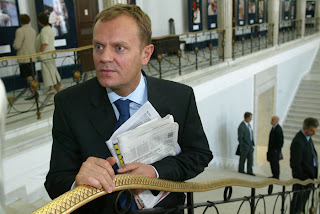 On to the next election that took place this Sunday. Yes, folks its Polish politics time again. It seems that Prime Minister Kaczynsky managed to annoy the Polish electorate to such an extent that they actually turned out to vote in larger numbers than before to trounce him and his party. Well, by larger than before numbers we mean 54 per cent.

The Polish pro-business party, Civic Platform, today took a strong position as a result of the parliamentary elections Sunday, winning 41.4 percent of the total vote with 99 percent of returns counted.

Donald Tusk will now start negotiations to form the new coalition government, in the first place with the Polish Peasants’ Party, in the somewhat uncomfortable knowledge that the good twin, Lech Kaczynski will still be President and in position to veto legislation.

As ever, it is impossible to predict what will happen on the international front. At the moment the EU leaders are pleased because Donald Tusk is known as a supporter of the EU and its rather elusive “values” while Kaczynski was known as a troublemaker.

On the other hand, as we have pointed out on numerous occasions on this blog, Jaroslaw Kaczynski may have yapped loudly but found himself in agreement with whatever was being proposed as soon as some kind of a bribe, however indefinable, materialized. One suspects, Donald Tusk will have quite similar policies.

Another issue will be the American alliance. The Kaczynskis have tended to be staunchly pro-American and anti-Russian …. rather like all their predecessors in post-Communist Polish governments.

The New York Times, who had not been happy at so much European support for the United States in Iraq, preferring to think of Bush as someone who isolated the country, is clutching at what might be described as straws:

Mr. Tusk said during the campaign that he would have driven a harder bargain over support of plans to place missile interceptors on Polish soil and that, if elected, he would try to bring home the 900 Polish troops in Iraq.

Not much in that, really. I can’t help feeling that Poland will continue to proved us with some entertainment on the political scene.