Well, ain't that the truth 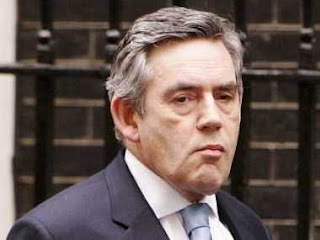 Citing an anonymous "senior figure" in the Brown government, Will Woodward, chief political correspondent of the Guardian writes today, "Ministers believe there is no real appetite for a referendum on the treaty. Despite a fierce press campaign, they say petitions demanding a referendum are attracting little support."

Woodward goes on to write: "One minister said Europe was 'number nine or 10' on voters' list of priorities and the referendum was even less of a concern.

The truth of that is self-evident to anyone outside the "bubble". In any social discourse, in the pubs and taverns, you will not hear people raise spontaneously the issue of a referendum. Look into the darker recesses of the blogosphere and you will find next to no discussion of the subject – my last Google Alert yielded but five posts, two of them from this blog.

Part of the problem, as we pointed our earlier is the plethora of petitions, with newspapers, political parties and individuals all setting up their own, each for their own particular commercial or political advantages, few of them reflecting a principled opposition to the treaty.

Instead of getting behind the one petition, as the media did with the road pricing effort, we have a fractured, disjoined message and, on the face of it, pathetically few signatories on each. If ever there was a classic example of "divided we fall", this is it. Far from signalling a strength of public feeling on the issue, the different efforts have simply laid bare our weakness.

Thus does the Guardian herald the piece with, "Brown plans to start the fightback by attacking Eurosceptic Tories", Woodward himself telling us that, "Ministers are preparing a fightback against the Conservatives on Europe in which they will accuse David Cameron's team of being the most Eurosceptic since the Thatcher era."

There, the government has got the measure of "team Cameron". Eurosceptic they are not. They recoil from such an epithet, and have been anxious to position the referendum debate as a question of "trust", a political issue divorced from any principled opposition to the treaty and further European political integration.

In fact, the Tories – as a matter of policy – are in favour of further integration, so their attacks on the treaty lack passion. They take on the tenor of arguments over the number of angels on the head of a pin and thus, unsurprisingly, fail entirely to capture the public imagination.

Meanwhile, the self-appointed "standard bearer" for the referendum campaign – Open Europe - has got itself bogged down in a trap, making the basic mistake of fighting on the territory dictated by its opponents – the "red line" issue which is guaranteed to leave the bulk of the population bemused and indifferent.

Gordon Brown, will therefore, continue to prattle about his "red lines", in the confident expectation that the groupescules will bicker endlessly about them and miss the main points completely.

So, as Brown jets off to Lisbon on Thursday, he will leave behind him a largely indifferent population, and a fractured an inept Eurosceptic opposition.

Once he gets back home, Woodward tells us that "government insiders" say the parliamentary arithmetic is in his favour. If Mr Brown gets a deal he is happy with (and is there any doubt about that?) "it can be pushed through parliament without Labour rebels helping to vote it down."

Weakened or not from the recent events, therefore, Brown still holds all the cards. And, with nearly three years to go before an election – if he so chooses – why should he care? But the real problem is that not enough of the rest of us do either.