Is he that stupid? 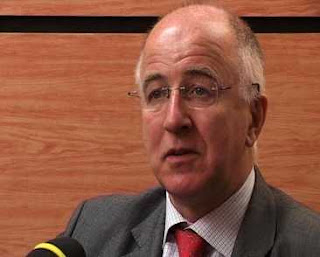 Now, the "constitution abolished all the old treaties". But it then re-enacted, them with amendments, and also adding new components or "innovations" as the "colleagues" prefer to call them, to make up 157,000 words.

The new treaty simply amends the existing treaties (and adds new components) so that the end result, as a consolidated treaty, is near as damn it 157,000 words. And, as the House of Commons European Scrutiny Committee yesterday reported , the new consolidated document is "substantially equivalent" to the constitution.

So, is MacShane so stupid that he cannot work this out? The answer is, probably not. His stupidity is of a different order – that he is stupid enough to expect us to believe his tosh.