The other side of the story 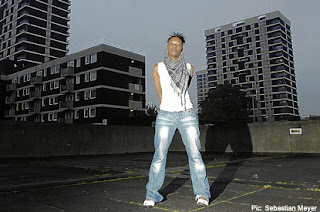 Far it be from me to disagree with my colleague's analysis (gentle and kind, as ever) of the Boy-King's speech on immigration. In fact, I put up a comment along those lines on the ToryBoy Forum when the speech was trailed this morning.

However, before we get too carried away in blaming the EU (something I quite like doing rightly or wrongly) or the immigrants from other member states, let us look at the other side of the story and let us not mince any words about it - we have a catastrophe on our hands. It is called our education system, supplemented by our welfare system.

As it happens the Evening Standard today has an article, entitled "A lost generation of Neets". Neets, for those who are not familiar with the jargon stands for "not in education, employment or training". The article, whose main picture I nicked quite shamelessly, is by Joe Murphy, the Political Editor and gives horrifying figures for London.

In Camberwell and Peckham, 4,000 in that age group - 47 per cent in the area - are Neets, according to Commons library figures.

Other areas with a high proportion of jobless young people are Orpington (44 per cent), Brent East (42 per cent), Ealing North (41 per cent), Poplar and Canning Town (38 per cent), Greenwich and Woolwich (37 per cent), Dagenham and Hackney (both 35 per cent) and Tottenham and Brent North (both 34 per cent). London came joint worst in the regional league table for young people doing nothing.

There are four case studies, all from Hackney that give a very vivid picture of the situation and a very good explanation the fact "that businesses prefer to hire migrant workers rather than young Britons".

A separate section gives other figures:

* Under-16s: Parents or guardians can claim £18.10 per week for their first child and £12.10 for each additional child. Payments will continue until the age of 19 if the child stays in full-time education (eg A-levels) but end if they enter higher education (eg university). Children are not able to claim benefits themselves.

* 16 to 17-year-olds: Entitled to jobseeker's allowance of £35.65 per week. Have to demonstrate they are actively looking for work and attend a job centre every fortnight. Also able to claim housing and council tax benefit if they are no longer living at home with parents.

The idea that firms should be forced to hire British lay-abouts instead of hard-working Poles, Estonians or French is a non-starter. Our businesses are already made as uncompetitive as possible by the paternal state.

One can certainly come up with some solutions for the future, so the situation is not perpetuated - not that I have heard any ideas from the Tories. One can start by prising the dead hand of the state off our schools and colleges; one can introduce a voucher system; one can concentrate on first-class training instead of tenth-rate so-called academic education; one can scrap legislation that prevents schools from introducing even the modicum of discipline - you know, the kind that teaches children to dress appropriately and turn up on time or, indeed, at all. And so on, and so on. But that is for the next generation, if we manage to convince our political class that the situation is catastrophic.

What is to be done with the lost 2 or, maybe, 3 generations of neets?