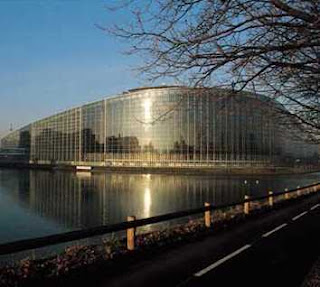 Not content with ripping off taxpayers to the tune of £1.2 million each, MEPs are demanding that the EU budget is increased as well, from the €119.4 billion agreed by member states (who have to collect the money) to €124.1 billion – even more than €121.5 billion that the commission asked for.

And to demonstrate further the fiscal irresponsibility that dominates the toy parliament, the MEPs want to throw €890 million at the EU's bankrupt Galileo satellite positioning system, when the actual 2008 budget has been set at €151 million. They deem the lower provision "grossly insufficient" if the system is to be deployed in 2013 as planned.

However, this extra €739 million is equivalent to the budget allocated for the entire 2007-2013 period, which means even more money would have to be found in the future. But, we are told, the MEPs are trying to force member states to demonstrate their political backing for the Galileo project.

Contrary to the wishes of the UK and others, the MEPs want to see funding shortfalls found from the community budget," with French socialist MEP Catherine Guy-Quint declaring that, "Parliament cannot accept jeopardising Galileo," adding that it "is an indispensable strategic tool."

How easy it is to argue thus when all you are doing is spending other peoples' money, for which you have no responsibility for raising and for which you are not held accountable by your electorate. It would not occur to any of these profligates, therefore, that if they abolished themselves and their two parliament buildings, the EU could afford the extra €739 million, and still have change, without any overall increase in the budget.

When you think of it, they owe it to cause. After all, no one could accuse their parliament of being an "indispensable strategic tool".