When I want their opinion I'll ask for it 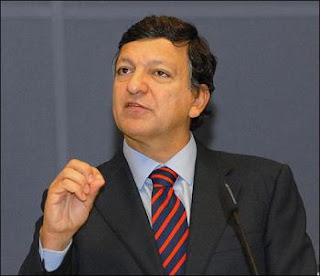 It is inevitable that one finds news items that report the appearance of the Constitutional Reform Treaty in all the languages on the web. Let’s face it, anything is more interesting than reading that treaty for the third time – in its first version in 2005, the second version this summer and, heigh-ho, the version that will be approved at the IGC Summit.

So what do I find when I read the AFP report on the subject? A most extraordinary farrago, worthy of some of the best MSM’s editorializing when editorials are not needed.

The European Union unveiled Friday its new draft treaty of sorely-needed reforms to replace the failed constitution but major political hurdles must be overcome before the text can be adopted.

Who says those reforms are sorely needed?

I suppose describing the IGC’s negotiations are “rubber-stamping” the text is near enough to the truth, though a better phrase could have been found. But what are we to make of this:

It contains many positive elements of the constitution, which was torpedoed by voters in France and the Netherlands in referendums two years ago sparking the bloc's worst-ever crisis.

However it amends parts of the other EU treaties and does not replace them, as the constitution would have done. Many of the symbolic trappings -- references to a European flag and anthem -- have also been dropped.

Positive elements? Torpedoed? A tad emotional, is it not, ladies and gentlemen of AFP?

Furthermore, whether this treaty amends parts of the other treaties without replacing them is a matter for discussion not for straightforward reporting. Since when has AFP been the propaganda unit for the European Commission?

The “report” ends with the words:

EU leaders want the treaty to enter force on January 1, 2009 so that public confidence in the European project is not undermined by the problem during elections to the European Parliament that year.

A few quotation marks would not come amiss. Not quite in the Green Helmet Guy category but an honourable mention, I think.