Assault on the blogosphere 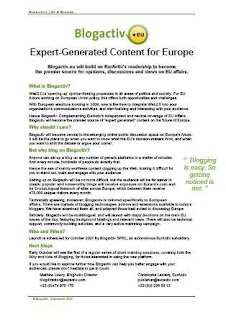 Comment on Margot Wallström's latest attempt at an EU "communications strategy" has, quite rightly, focused on her attempt to introduce teaching on the EU into the schools curricula. But, tucked into her proposal is an even more sinister target – domination of the blogosphere – plans for which are well advanced.

That the commission regards the internet as a powerful communications tool has been flagged up a number of times, not least by the fragrant one herself launching her own blog. But we also get hints of how seriously it is regarded, as in a piece last year in the semi-official site (commission-funded) Cafebabel, which asked, "Could blogs be the salvation of the European Union?" Interestingly, it cited the "success" of the Euro-sceptic blog EU Referendum as an example of the power of the blogosphere. 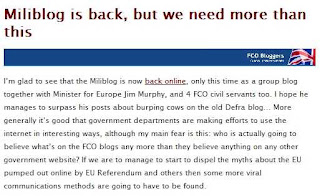 More recently, we got another clue on a site run by Jon Worth, former president of the Young European Federalists, who applauded the resumption of blogging by our Europhile foreign secretary, David Miliband, then commenting:

More generally it's good that government departments are making efforts to use the internet in interesting ways, although my main fear is this: who is actually going to believe what's on the FCO blogs any more than they believe anything on any other government website? If we are to manage to start to dispel the myths about the EU pumped out online by EU Referendum and others then some more viral communications methods are going to have to be found.

With the advent of Wallström's communication strategy, however, Worth is to get his way, the most visible evidence of which is an initiative being quietly rolled out by Euractiv.com. This, it is calling Blogactiv, a multilingual "expert generated content" blog platform focused on EU Affairs – scheduled for public launch in mid-October.

Although Euractiv claims to be "independent and neutral", it is heavily financed by the EU and Europhile organisations – including the EPP and the Socialist equivalent (PES). Its Euractiv foundation includes such luminaries as Lindsay Armstrong, co-founder of Europa, and former commission official, Stanley Crossick, founding chairman of the European Policy Centre and Pat Cox, former president of the EU parliament and now president of European Movement International. 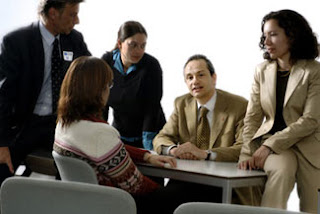 Even more interestingly, Euractiv's "orientation committee", includes Alexander Riedl and Giorgio Clarotti, two senior staff members of the EU commission who, the website laughably claims, "serve in their personal capacities". Riedl, however, is also listed as the "Finance and Development Director" of Euractiv portal. Clarotti (pictured, left) is a second-generation commission official who, after ten years in the commission running its biomaterial research budget, moved to the department for employment and social affairs, where he runs the "communication unit".

It is these "independent and neutral" actors who are now offering the Euro equivalent of Blogger, under the domain name Blogactiv.eu. Through this means, they aim to, "build on EurActiv's readership to become the premier source for opinions, discussions and views on EU affairs."

To attract bloggers, they will provide free hosting to anyone who wants to open up a site (or migrate from an existing host). And, as a carrot, its recruiting leaflet (pictured, top) states:

…popular and noteworthy blogs will receive exposure on Euractiv.com and its CrossLingual Network of sites across Europe, which between them receive 475,000 unique visitors every month.

Technically speaking, moreover, Blogactiv is tailored specifically to European affairs. There are myriads of blogging technologies, add-ins and extensions available to today's bloggers. We have examined them all, and adapted those best suited to discussing Europe.

Similarly, Blogactiv will be multilingual, and will launch with major Sections on the main EU issues of the day, featuring background briefings and relevant news. There will also be technical support, community-building activities, and a very active marketing campaign.

As an added "incentive" Euractiv is also offering free indoctrination training sessions in Brussels, prior to launching its "community of bloggers". Invitations are being focused on:

…people who can contribute to a roundtable discussion on how blogging and similar tools will affect EU affairs in the short and medium (i.e., until the EP elections) term. 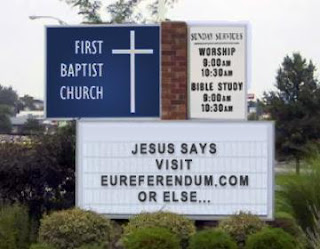 Hilariously, EU Referendum has been invited (at our own expense, of course) for a one-hour session, so that we can "explore further how Blogactiv can help you better engage with your audiences." But, in an illuminating revelation that they do not really understand what blogging is about, we are told:

Room is very limited, so please let me know as soon as possible if you or any of your staff will attend.

Clumsy and inept, it may be, it would be easy to dismiss this venture as one that must surely fail – as indeed it most probably will. As an indication of how difficult it is to "buy" hits, Euractiv.com and its CrossLingual Network of sites across Europe have a team of 50 people working on the project, yet they only get 475,000 unique visitors every month – not much more than four times the traffic of EU Referendum, run part-time by two people.

However, this development is seriously funded and represents a recognition by the EU that the blogosphere is an important battleground, which it must dominate. And, against what is undoubtedly another step in the Europhile assault on the internet, the Eurosceptic community clearly has a fight on its hands. We need some heavyweight support (see above).

Can we rise to the challenge?