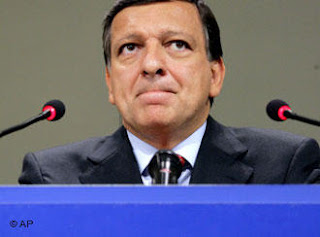 It was a couple of days since that EU commission president Jose Manuel Barroso dared to criticise Berlin for its "contradictory" behaviour towards the EU, and boy have the Germans retaliated!

We first heard about the spat from Deutsche Welle, under the heading, “EU Commission President Ruffles German Feathers with Critique”, which was the record of an interview in the Belgian newspaper De Standaard that "set sparks flying". Barroso's comments were a "provocation" which "amazed" diplomats in Brussels, Germany's Süddeutsche Zeitung wrote in its Monday edition.

At the heart of this was a plea by Germany "…to leave power where it can be exercised closest to the citizen ..." but that, according to Barroso, was a veiled attack against the European institutions. In addition, he had a swipe at Germany's apparent reluctance to support reforms to the EU's energy market and to divert unused agricultural funds to pay for the Galileo satellite-navigation system.

Answers there came to the upstart president, with the response on Galileo already recorded. And, when it comes to the energy "reforms", far from contrition, what we get now is "Germans lash out at EU's energy plans". 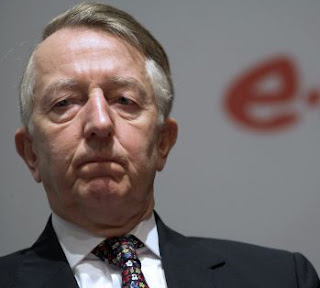 This is from Germany's powerful energy companies, led by Burckhard Bergmann, chief executive officer of E.ON Ruhrgas (pictured) and is described as "one of the most stinging attacks" ever levelled against Neelie Kroes, the EU competition commissioner.

Kroes, we are told, has consistently taken a tough stance, particularly against Germany and France, for their refusal to "unbundle" the ownership of energy producers from the supply business. She argues that breaking up the giants would promote competition and lower prices across the continent.

Bergmann disagrees and takes the commission head-on, declaring that: "The European Commission is completely inconsistent. It says it wants to introduce unbundling and reduce regulation. But what it is doing is unbundling and increasing regulation."

But what makes this especially significant is that chancellor Angela Merkel – darling of the "reform" treaty negotiations – is fully backing Bergmann in complete opposition to the "unbundling" and giving the Commission no quarter.

Merkel's striking attitude is put down in part to increasing political strains within her own ruling coalition – strains which we picked up in the middle of last year. But it is interesting that, as the date of the IGC rapidly approaches – when "unity" is at a premium - the chancellor is prepared to endorse a full-frontal attack on the commission. 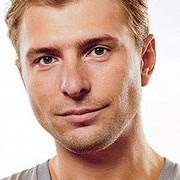 How sweet it is, therefore, to see an Estonian columnist Martin Kala (left) write in his local Postimees newspaper of his fears that "the rise of populism in several European member states could hinder the adoption of the EU reform treaty this autumn."

The funny thing is that "populism" – i.e., looking after the national interest, in response to public opinion - used to be called "democracy". For Merkel, it is perhaps a little late in the day to learn that lesson, but then there is always room for rejoicing when a sinner repents.