They jes' keep on gettin' stronger 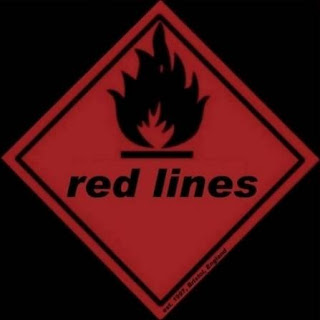 Them red lines are connected to the, er… red lines, and they jes' keep gettin' stronger every day – according to the young Mr David Miliband, as conveyed by The Guardian.

Such is the surreal state of our politics that a senior politician – and our foreign secretary to boot – can actually say this with a straight face, and not get howled down in a torrent of derision. But that is what he did say in Luxembourg today.

Thank goodness, therefore, for Gisela Stuart, who has described Gordon Brown's position on the EU reform treaty as "patently dishonest" and dismissed them red lines as "red herrings". 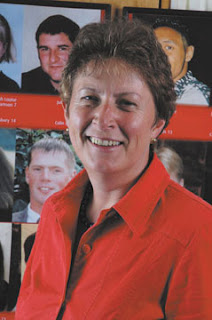 The opt-outs from the new treaty that Britain had negotiated were, she said, "broadly" the same as those it had obtained before when the government was promising a referendum. "Sticking to your guns in defence of a patently dishonest position is not leadership but the soft option and a cop-out from a specific promise made to voters," she added.

"The path adopted by the government is neither honest not coherent. We have reached the absurd position where the government says there will be a referendum only if its red lines are not met, so presumably it will ask people to vote no on a treaty it has not signed.

"The red lines are red herrings. It's a matter of trust and integrity. A referendum was promised. It should be delivered. If Labour can't trust the people, why should the people trust Labour?"

And there is the heart of the matter. The "red lines" are indeed red herrings – the battleground of Labour's choosing, which is soaking up the media attention and diverting attention from the content of the treaty and its objectives.

Even if the "red lines" were real, and actually meant anything, there is still a massive amount left in the treaty which is wholly objectionable and should be rejected as a matter of principle.

But, as long as Brown can blather about his fabled lines, echoed by the fatuous Miliband, then the stage is set for the famous "victory" on Friday – or whenever it comes – when the prime ministers emerges triumphantly from the meeting to declare that Britain's interests have been "fully safeguarded".

Writing up the reports will, at least, afford us some brief entertainment, as we record how many times Brown tells us that.