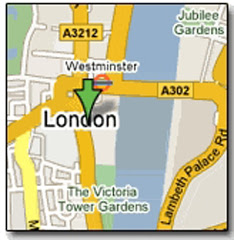 Though I have not written much about it, I now have to declare an interest as a member of the steering committee for the Pro-Referendum Rally that is due to take place on October 27.

The shape of the rally has metamorphosed again, this time into the definitive one. Because of the ongoing postal strikes and the take-up of tickets we have decided to omit the QEII part of the proceedings and to stay with a modified version of the original plan.

The Rally will most definitely take place outside the Palace of Westminster. It will begin at 12.30 opposite Old Palace Yard (outside the House of Lords – that’s the one with King Richard the Lionheart) and end around 3.

There will be speeches. Three of the scheduled speakers, Roger Helmer, Neil Herron and Steve Radford have already re-confirmed that they will speak and we are waiting for response from the other two, Nigel Farage and Christopher Booker (who is out of the country at the moment).

We shall, of course have the mock ballot as we always intended to do. We do hope as many people as possible will come to London on the day. Barring something really horrible in the weather it should be a very good occasion.

On the other hand, we are aware that many people may not want to come to London. Well, we need to spread the word across the country. This is not just a London issue even though that is where our supposed government is.

We hope that people will organize local events and let the local media know about them.

This is just the start of the campaign. There will be many more occasions.

More information can be found on the Pro-Referendum Rally website.