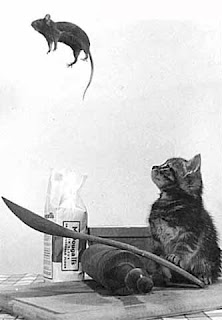 The Guardian is telling us that the government is "fully expecting" a parliamentary vote on the question of a referendum over the EU draft treaty.

This comes from David Miliband, who has hitherto been firm in his rejection of the very idea of a referendum. But he has told the House of Commons foreign affairs select committee that an amendment calling for a referendum could end up being added to the government's Bill to amend the European Communities Act, whence it will be put to a vote in the Commons.

In fact, we got something like that from Europe minister Jim Murphy, who in September also told the committee that the Bill to ratify the treaty, "should be drafted in a manner that allows MPs to table an amendment proposing a referendum."

Miliband seems to be adding to this, in that he has “insisted” that the decision to include an amendment was in the hands of the Speaker of the house, Michael Martin. "I fully expect to have a debate and a vote on a motion over a referendum on the passage of the reform treaty, Miliband says, "I don't think anyone should expect otherwise, but I am going to say that I am not deciding in place of the Speaker whether that should happen."

The Guardian’s Hélène Mulholland thinks that such an amendment could see the government defeated over a referendum, in which case the game could be on.

But this is a very odd way for a government to behave. If they are going to allow a referendum, then provision should be drafted into the amendment bill, not left to what would almost certainly be an Opposition motion to bring it into being.

This way, Miliband and his cronies seem to be playing "cat and mouse" with the electorate, raising hopes, dashing them and raising them again. They may find though that this "mouse" has teeth.