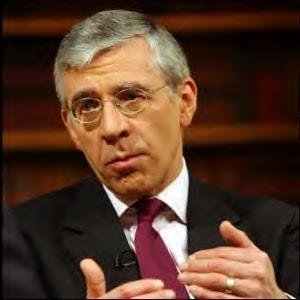 If our readers think back to the first careless rapture of the Brown government (and how long ago that seems now) they will recall that the new Prime Minister in his efforts to distance himself from the previous one, in whose government he had been Chancellor of the Exchequer for ten years, they will recall that there was much talk of a constitutional change, nay, reform.

Well, the first stage of this “reform” is being unrolled, accompanied, I am glad to say with absolutely no fanfare from the media. Could it be that the hacks have finally learnt what these various initiatives are worth?

On Thursday, Jack Straw, Secretary of State for Justice and Lord Chancellor (there’s a Pooh-Bah-like title) stood up and made a statement to the House of Commons about “Governance of Britain” and how the new reforms will affect war powers, treaties, judicial appointments and protests. Well, actually, the statement was about the consultation documents that are being issued on those subjects and how the new reforms should affect them.

A fascinating speech it was, too. One cannot help wondering whether Jack Straw, who is not, by any means, stupid, knows what a lot of tosh he was talking. The three consultation papers, he explains are part of the Prime Minister’s vision of a “renewed relationship between Government and citizens” as set out by him back in July when he identified twelve areas in which the executive and the Prime Minister “should surrender or limit their powers”.

Apparently these are areas in which “exclusive exercise” by the Government “should have no place in a modern democracy”. One could argue that it is only in modern democracy as opposed to constitutional liberalism that the Executive actually managed to grab quite as much power as it has; one could also argue that much of this “grabbed” power can be abandoned or restored to the people and to Parliament (should the Commons part of it actually want any power, of which there is no sign) without any great announcements of constitutional reform.

First off, we have war powers.

On 15 May the government supported a motion in this House which declared that it was “inconceivable” that the precedents set in 2002 and 2003, when the Government sought the approval of the House for military action in Iraq, would not be followed in the future. The same motion called on the Government “to come forward with detailed proposals” on how this convention should be entrenched. Today’s consultation paper therefore explores a range of options, each aimed at formalising Parliament’s role. It suggests that this might be through a convention, through legislation, or by a combination of both.

When one looks through the relevant sections in the consultation paper, “The Governance of Britain – War powers and treaties: limiting Executive powers”, one finds various arguments about the difficulties that voting on war in Parliament would create.

The arguments are not stupid, as it happens. The question of our troops’ safety must be paramount and if a debate in Parliament jeopardizes that, careful thought must be given; then there is the issue of our commitment to our allies; the need to move fast in certain circumstances – most military engagements do not have the long run-up the Iraqi war did; the conundrum of when the engagement should be debated – a long way ahead, immediately prior to engagement or ex post facto after the troops have moved in; and so on.

In fact, the result is likely to be some form of codification of the government asking Parliament to debate war powers as and when it sees necessary, which is more or less the situation at present. Agree with it or not, there is no need for a huge fuss about constitutional reform.

In any case, that is not what MPs want. What they would really like is legislation that would retroactively abolish the debate and the vote. That way they can vote for a war when it is popular and shriek with horror that they had not been consulted when it becomes unpopular.

Moving right along with the Secretary of State for Justice and Lord Chancellor (could that be SSJLC?) we come to the question of treaties. Both the statement and the consultation paper goes to some trouble to explain the Ponsonby Rule:

According to this and with certain exceptions, the Government must lay a treaty as a Command Paper before Parliament for a minimum of 21 sitting days prior to ratification. It is then for Parliament to determine which treaties it wishes to debate. The Government believes that there may be value in putting this convention on a statutory footing, to establish Parliament’s right to decide and show that the actions of the Government are subject to the will of the people’s
representatives.

Several points need to be made here and, for some reason, Mr Straw forgot to make them. Likewise, his officials forgot to put them into the consultation paper.

Firstly, let’s face it, there is no value whatsoever in wasting time going through a lengthy legislative process, if that is what will come out of this exercise, in order to put a well-understood convention on a statutory footing. It isn’t as if the Ponsonby Rule failed in what it can achieve.

The problem is with that “can”. Mr Straw seems to have forgotten that trade treaties, for instance, do not come under the Rule because they are negotiated and signed on our behalf by the European Union. Parliament can then debate all it likes but it cannot deny ratification.

The other problem not mentioned particularly is that of the various treaties that are become amendments to the European Communities Act. Is it actually possible for Parliament to decide not to ratify, say the Constitutional Reform Lisbon Treaty, thus obviating the necessity to introduce the next amendment to the Act?

Finally, there is no mention that the forthcoming Constitutional Reform Lisbon Treaty allows for a Chief Panjandrum on the Common Foreign Policy (no longer called a Foreign Minister). While we are assured that foreign policy will remain in the domain of individual states, the High Representative will state the common position, where there is one and negotiate on its basis.

Coupled with the fact that the European Union will acquire a legal personality, that is, it will be in a position to negotiate and sign treaties beyond the trade ones (which are nominally signed by all the member states) the question of what will come under the Ponsonby Rule even if it is put on statutory footing will be considerably more moot than Mr Straw seems to believe.

I bet our readers cannot wait for the next few instalments of the constitutional reform as propounded by Prime Minister Gordon Brown, who seems not be able to understand what it is he has agreed to in Lisbon not so long ago and what the implications are for the country.