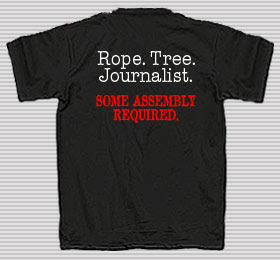 It is difficult to know whether the headline writers of The Daily Telegraph actually understand the words they use, when one sees writ large, "Brown to threaten Brussels over EU treaty".

Nevertheless, a quick scan of the writers appended to the piece, with Toby Helm and Brendan Carlin joined up with Bruno Waterfield, tells one that the basic story has been "Londonised" to give it a national "spin". This is because, in the eyes of these great sages, we the simple readers are so uninterested in the affairs of Brussels that we must be fed our information through the prism of domestic politics.

So it is that we are being fed a variation of the "soap opera" drama that will increase in intensity up to, during and in the immediate aftermath of the IGC, the weary predictability of it all completely escaping the hacks who pollute the pages of our newspapers.

In this narrative, Gordon Brown is to "raise the stakes" over the treaty by "telling Brussels he will have to call a referendum unless he gets a good deal for Britain at a European summit next week".

If ever there was "cut and paste" writing, this is it, the breathless prose going on to tell us that the prime minister "will issue the warning during talks today in Downing Street with Jose Manuel Barroso, the president of the European Commission, ahead of a gathering of European leaders in Lisbon to decide the treaty's fine print."

No such piece would be complete, however, without a bit of "biff-bam" politics, so enter stage left, the same Jose Manuel Barroso, who will "hit back" in a speech later today at St Antony's College, Oxford. He will say – i.e., the hacks have got the pre-delivery version of his speech – that "Mr Brown and the British people have to make up their mind whether they want their nation to be a full player in Europe or not".

"We have a shared vision," we are told he will say. "A shared interest in taking joint action; a shared view on so much of the policy. With your long-held international outlook, I don't believe that the UK's arms can be open to the world while your heart and mind is closed to Europe."

If we were a swear blog, we would at this stage be using unmentionable terms but we are not, so we will not. But this dismal creature, embedded as he is in the lower portion of his own alimentary tract, is so besotted with his own propaganda that, as always, he is unable to distinguish between the geographical entity that is "Europe" and his own malign form of government that is the European Union.

On that, there is no "shared vision". We wish the EU would go away and die, become deceased, extinct, non-existent. And Barroso with it. 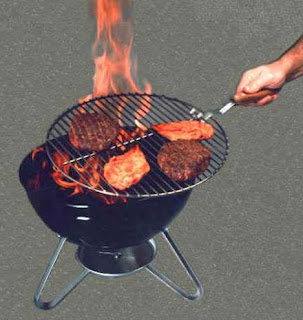 That aside, one has to concede that the inane journalistic prattling is by no means confined to the Telegraph, with the BBC in full flow, also telling us that Barroso and Brown are to hold talks in London today. And after the meeting, says the BBC, "it is expected the leaders will be grilled …". I wish.

The basic story is embellished in Mark Mardell's clog, of which Jon Worth trills, "Journalist blogs about EU matters have been springing up increasingly... Mark Mardell's is the best of the bunch." Considering the source of this testament, that sort of tells you all you need to know. To describe it as drivel is probably unfair to drivel.

So, from the great Fourth Estate, over the next ten days or so, we can expect nothing from hacks who have learned nothing and understand less. They will continue to compress complex politics into sound bites and express them as personality contests between great titans, leaving the people they are supposed to serve as ill-informed as ever.