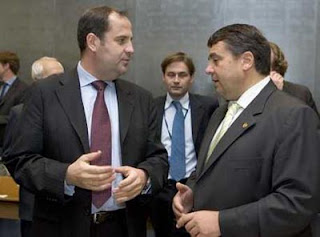 Nothing better illustrates the malign way in which the EU works than the long-running GMO saga – and Austria's vain attempts to avoid the introduction of genetically modified maize.

The drama has been playing out since May 2000 when Austria drafted a Genetic Technology Prohibition Law, allowing its regions to declare themselves GM-free. As a result, the Upper Austria region imposed a ban, which the EU commission then declared contrary to EU rules.

After serpentine twists and turns, the situation came to a head in December last year when member states at the Council of Ministers refused to give the commission powers to force Austria to ditch its ban, an apparent victory for its government.

Not to be denied, however, the commission brought the issue back to the Council yesterday, having prepared its ground a little more thoroughly, when the vote was not sufficient to support Austria’s retention of its ban. But neither was there a majority for the commission, to authorise it to take action against Austria, creating – one would have thought – something of a stalemate.

Under the arcane rules of what is known as comitology, however, the issue now goes back to the regulatory committee, comprising offiicals of the member states, which approved GMO products in the first place. They now have the power to make the final decision, which is then rubber-stamped by the commission.

Thus it is that when formerly independent nations want to reject a product – for good reasons or bad – they must appeal to the 26 other member states of the EU. And, when they fail to attract enough support, they have their case referred to a panel of officials who are able to dictate what they should do.

With France also contesting their introduction, this is putting some of the member states at loggerheads with the commission over a highly sensitive issue, that will not go down well with the voting populations when they find that mere officials can over-rule their democratically elected leaders. But will it make any difference?