A question of trust 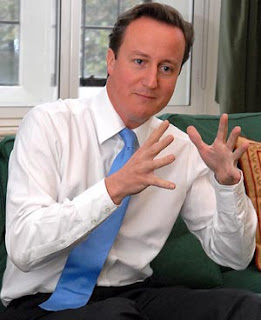 A fascinating survey has been posted on Tory Diary, with the headline, "Conservative members want renegotiation referendum if Treaty is ratified".

All the usual caveats must be expressed – that this is a self-selecting sample, and therefore unrepresentative of the wider community – but it is nevertheless a useful indicator of opinion on a more informed section of the community.

As to the survey, in short, the majority of the respondents (77 percent) believe that the EU Treaty amounts to a significant surrender of British powers and should be opposed, and 67 percent agree that a Conservative government should pass legislation setting British law over EU law on key areas of competence such as social and economic matters.

Crucially, on the post-ratification referendum issue, some 63 percent would support a referendum that mandated the incoming Conservative government to renegotiate back to the idea of a free trade area while, on the issue of tactics, 59 percent thought that Conservatives should focus on the issue of Brown's broken referendum promise rather than the specific constitutional implications of the EU Treaty

One the other side, only 33 percent thought that, once the Treaty has been ratified it will be very difficult to undo and that Conservatives would be unwise to promise to do so, while a mere 29 percent thought that the Tories were in danger of talking too much about Europe and should focus on the NHS, crime and other bread and butter issues.

The blog then quotes MP Bernard Jenkin, who says that, "We must clearly give serious thought to the consequences of ratifying the Lisbon treaty, alongside our determination to re-patriate employment and social policy. The question is not whether there should be renegotiation, but how it should be achieved."

All this, however, must be read in conjunction with Daniel Hannan's earlier blog, where he argued that, having made trust the issue, "the Conservatives need to be absolutely straight about their own position."

Hannan reminds us that, a month ago, David Cameron gave what sounded like an unequivocal commitment. Writing in The Sun, Cameron had assured readers: "Today, I will give this cast-iron guarantee: If I become PM a Conservative government will hold a referendum on any EU treaty that emerges from these negotiations."

Cutting through to the key issue, Hannan then mirrors the concerns of this blog that "it now seems that this pledge might not apply if Labour has already ratified the constitution."

There is a danger, though, that voters will think that my party is getting in its surrender in advance, preparing now for a sell-out in government. After all …, parties traditionally make sceptical noises in opposition, but become pro-Brussels in power, and the Tories have what the police call "previous" on Europe. Few punters will give us the benefit of the doubt. …

It won't do any more to wink and say. "Well, of course, you know where I'm coming from on Europe". Whenever any MP says that, you can be sure that you don't.

Hannan concludes: "My party calls Gordon Brown a liar because of his sophistry over Europe, and we are right to do so. Let us play no games of our own."

On the other hand, The Tap blog argues that instead of us pointing out their "impossibility", Cameron's "cast-iron" promises of a referendum on the constitution should be treated as "a statement of which direction the Party wants to go". Cameron's detractors, he adds, "might like to stop standing around moaning, and help push us up the hill."

This is all very well, except that, as Hannan points out, the Tories have "previous" on Europe and we are not inclined to trust them. And the very fact that Cameron is being equivocal on his promise, appearing to resile from his earlier commitment, simply strengthens the suspicion and the lack of trust.

Thus, to the frustration of committed Party supporters who – rightly – point to the dire consequences of allowing a Brown government to remain in power, there are many of us who still withhold support from the Conservatives, simply because we are not prepared, wholeheartedly to back a Party which appears to be selling a false bill of goods. It is, as Hannan, so rightly puts it, an question of trust, as much for Cameron as it is Brown.

Our concern is strengthened by a weekend interview of Cameron, conducted by the Mail on Sunday when he is asked whether, if the EU treaty had been ratified by the time he became prime minister, he would have to accept it, Cameron answers, "No. Margaret Thatcher managed to recover the Budget rebate."

The reference to the "handbag routine", has been a constant theme in Conservative mythology, invoked by Michael Howard in June 2004, which we discussed then, and many times since. The inapplicability of this tactic was evident then as it is now and if Cameron is still invoking the "spirit of Thatcher" in the context of a "renegotiation" of the treaty - when the "colleagues" hold all the cards - it really does make you wonder about the quality of tactical thinking that is going on in his brain, and in the Conservative Party generally.

The Tory Home survey, therefore, is important in that it points the way forward for the Conservative Party. The European Union is an issue that the activists in the Party are prepared take on, and there is genuine feeling that this treaty must be fought to the end. Furthermore, the response of the Duty Europhile tends to confirm that it is an issue the Europhiles would prefer the Conservatives to avoid, which again signals that this is one to go for.

If Cameron, on the other hand, thinks he can retreat into his own "comfort zone" of domestic issues, and green politics, he is badly wrong. There are too many people – enough to make the difference – who are waiting for clear statements on the EU before they will commit their support to the Conservatives and, like the man said, it really is a question of trust.