What will happen to the Celtic tiger? 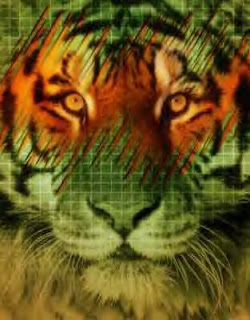 Ireland, we have been told on numerous occasions, is an example to us all with its economy, fuelled by lower taxation, particularly corporation tax, roaring ahead. A Celtic tiger. Sadly, one must admit that the Celtic tiger has been fed by lettuce, our lettuce in the form of various funds handed over by the European Union.

While there is very good evidence that lower taxation fuels economy and brings in a better income to the state, should that be needed, Ireland has not been a particularly good example of the Laffer Curve, precisely because her government did not have to get its income entirely from taxation of one form or another. There was always the EU subsidy (let’s call it by its proper name), which meant, in turn, that no hard political decisions had to be taken.

In his article “Minding the Celtic Tiger”, AEI researcher Jurgen Reinhoudt does not, for once, shirk the issue.

Some Europeans, particularly European Union officials in Brussels, praise significant EU structural subsidies—in the tens of billions—for planting the seeds of Irish prosperity. It is certainly true that many of the EU structural funds Ireland received were invested in economically sound infrastructure projects, technological research and development, and education. For the most part, such funds contributed to economic growth.

But EU structural funds alone would not have helped Ireland escape its economic predicament. Many nations receive outside financial aid without any appreciable increase in their economic prosperity. The real credit belongs to Irish fiscal policy. Beginning in the late 1980s, successive Irish governments pursued vital spending cuts and tax relief.

Let me just add that it is not only European Union officials who draw attention to those structural subsidies (not to mention the agricultural ones) but a number of other people, which just goes to show that eurosceptics and those officials frequently agree in their aims and ideas. We both want to make sure that people know about the EU’s role.

It is true that subsidies, by themselves, do not a growing economy make. Just look at some of the other recipients of EU funding. The names Spain and Greece spring to mind. But neither are they irrelevant. The government may make the right decision of what to do with the moneys and where to go from there but, in fact, the Irish government did not have to pursue spending cuts as much as all that. The structural (and agricultural) funds took care of any real problem.

However, there is no question that those tax cuts and the low(ish) rate of corporate tax contributed greatly to the economic growth and it might not be a bad idea for politicians in some other countries to take note of that. Too many international firms went to Ireland instead of coming to Britain and who can blame them.

However, Mr Reinhoudt sees problems ahead:

Of course, with economic success come the perils of affluence. Irish real-estate prices have skyrocketed, and increased immigration has brought new challenges to a country long accustomed to mass emigration and “brain drain.” Brisk employment growth has led to a tight labor market, in which professionals can be hard to come by. Compared to what Ireland dealt with in the 1980s, however, these problems seem like small beer.

The real question is, Will Ireland stay with the formula that has made it so successful, or will it become complacent in its prosperity? A slight economic slowdown, caused by the subprime-lending crisis, is expected in 2008, with growth now projected at 3.5 percent compared to earlier estimates of 5 percent. But if Ireland’s housing market does not enjoy a soft landing, the slowdown could come much sooner and be far more severe.

How Irish politicians respond will tell us a great deal about the future prospects of the Irish economy. Will they attempt to tax their way out of it, or will they stick with the model that has made Ireland the envy of many Western European nations? We will soon find out.

Furthermore, there is the problem of those subsidies. With all those East European and semi-Balkan countries to support, Ireland is not likely to go on getting her usual share indefinitely. What will happen then? I remember a joke Garrett Fitzgerald once made about Ireland becoming so successful that it might become a net donor and the Irish then all becoming eurosceptic. Truth is often spoken in jest.