A conjunction of issues 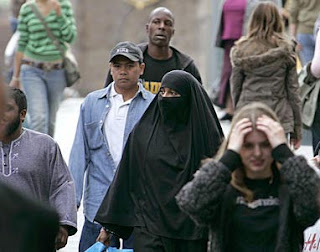 Although covered by all the national dailies, it is the Daily Mail, as one might predict, which makes the biggest song and dance about the government admission yesterday that it got its figures for migrant workers "slightly wrong".

Er, no, says the Mail, "make that wildly, outrageously wrong". For months, ministers have been telling MPs the number of foreign nationals working in the UK has increased by "only" 800,000 over the past ten years – but now they confess they miscalculated. The true figure, according to the government "is an extraordinary 1.1 million" – and that excludes 400,000 UK citizens who were born overseas.

"How could a mistake on this colossal scale have come about?" the paper then asks but, depressingly, fights shy of offering an answer. Instead, it resorts to polemics, asking, "When will this Government get a grip?" – thus avoiding the simple truth that the government has lost control over our borders and cannot do anything other than estimate how many people are flooding in.

As the main story in the paper points out, official figures show more than 8,000 people from Eastern and central Europe arrive in Britain every day, taking advantage of freedom of movement within the EU.

Lamely, though, it says there is "no accurate count of how many return after short visits and how many stay on seeking employment," thus observing that "the Home Office has little idea of the real scale of the influx."

What the paper misses is that immigration officials are not permitted under EU law to interrogate entrants from the EU as to their intentions on entering this country, nor quiz them as to their activities or plans should they decide to leave. Any such move would be "discrimination" on the grounds of nationality and thus, again, contrary to EU law. 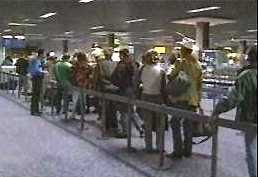 It is that issue, more than anything else, which is so disturbing. Whatever one's views about the utility and benefits – or otherwise – about mass migration, the very fact that the government has no idea of the scale of the inflow of migrants taking up work, and no legal means of acquiring such information, means that any idea of controlling - or even predicting and thus managing the effects of – mass immigration, is strictly for the birds.

And, as we have pointed out, immigration from the EU member states does not just include indigenous Europeans. With the current EU rules – viz the notorious Directive 2004/38/EC – we are obliged to permit entry to recent immigrants from third countries, who have entered via any member state and acquired residential status – as well as giving free passage to their relatives.

It is this huge "back door" which further makes a nonsense of any attempt to craft a rational immigration policy – or any policy at all. As long as we buy into the European Union and its core policies of "freedom of movement" and "freedom of establishment", we simply do not have a policy, other than, "let them all come and go as they please".

Politically, the interesting thing is that, despite the inability of the Mail properly to identify the role (and effects) of EU law, we are nevertheless beginning to see to conjunction of two issues which the political élites really do not want to talk about – our membership of the EU, and immigration. So far, such debates as they cannot avoid have been kept largely separate - but this cannot hold.

Sooner or later, the two issues are going to come together in the public mind – it is already happening – and then the pressure for change will most certainly intensify. When this happens, the debate on the EU will be transformed.