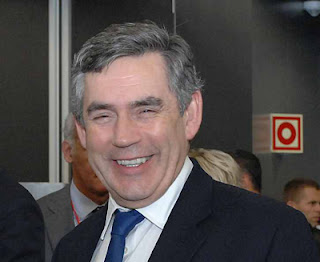 Defending his government's refusal to give us a referendum on the new constitutional reform treaty, David Miliband last night roundly declared: "We have a parliamentary democracy. We elect MPs every four of five years, the people elect us to do a job. If they like it they re-elect us if they don't kick us out."

Miliband is, of course, talking about that quaint British tradition of having general elections, but we do more than simply "elect MPs". The essential part of the process is that we elect a government, through the mechanism of electing MPs from one party more than another, who are then able to take the reins of power.

However, it is as well that Miliband failed to mention this part of the process as, once his "reform" treaty is in place, we will indeed only be electing MPs. With our central government in Brussels, we will not be able to change that – it does not have to suffer the indignities and inconveniences of things like elections.

Thus, in effect, the next general election will not be the same as those preceding it. It will, in effect, be an electorally mandated reshuffle. The faces at the despatch box may well then be different, but the government will be the same.

There will, nevertheless, be some sense in electing those who are there – in effect – to carry out the orders of Brussels. Some politicians may be able to do this more efficiently and more effectively than others and, for the moment, there still remain a few residual powers left to the provincial government, which do not (yet) come under the direct control of Brussels.

So it will be with Westminster. Progressively (and already to a very great extent already), what our elected politicians can and cannot do is circumscribed by laws made in Brussels. And, prime ministers - as members of the newly institutionalised European Council and thus soon to be obliged by treaty to pursue EU rather than national objectives - will have their freedom to make independent decisions severely reduced.

The beauty of it all though – from the perspective of the "colleagues" - is that many of our provincial representatives will continue to keep up the pretence that they are still in charge and our "government" will still announce EU policies as if they were their own. And so idle and ignorant is the generality of the media, that they will either not notice or – in any event – fail to report the deception.

But then, at least, we may not have to see the grinning face of the man who sold us out (pictured above).