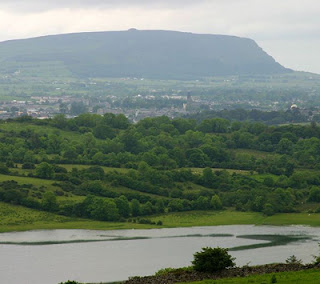 A report has found its way into the Washington Post recently, interesting not only for its own merits but for the fact that it appeared in a major American newspaper – as the issue related to a very local problem in Ireland, with a major EU dimension.

The actual story is headed, "Not Local, Not Welcome," with the strap-line, "Irish Authorities Challenged on Home-Building Rules," and it leads in with a "teaser", declaring that, "P J McGoldrick can't live on land he owns five miles from his birthplace in County Sligo in the west of Ireland. He isn't local enough."

P J McGoldrick, in case you did not know, is the former chief executive of Ryanair Holdings, and he has been denied permission to build a seafront cottage in Carrowdough. Local planners, we are told, favour farmers from the immediate area when granting permits, thwarting McGoldrick's dream of retiring to the place where he swam as a boy.

But, as we delve further through the prose, we find that this is an issue that is of major significance to the UK as well. It concerns the continued problem of "gentrification" of the countryside, with outsiders moving in to rural areas and buying up the housing. They drive up the prices to a level where the local inhabitants cannot afford to buy their houses and, since so many are second homes, leave the villages as deserts during the weekdays, destroying the communities and local economies.

Twenty-three authorities in rural Ireland have attempted to address this problem by limiting who can buy houses in remote areas, requiring potential new-home buyers to have jobs in the area or even be fluent in Gaelic.

This may be cack-handed – and the paper gives some examples - but at least it is an attempt to deal with the problem, something of which the UK authorities cannot be accused. And that is perhaps just as well. The Irish authorities have now fallen foul of the EU commission which is examining the new rules to determine whether they breach treaty obligations, in which member states are obliged to give "freedom of establishment" to citizens of all EU nations.

The perverse thing about this is that the Irish government could restrict its own citizens from moving into these areas but the commission is exploring the argument that the rules discriminate against non-Irish citizens. And, if the EU forces the issue, it drives a coach and horse through any local restrictions. The Irish government could not allow in foreigners but exclude its own people.

Nor is this the first time the EU has intervened on such an issue. In 1995, Austria was forced to change its property laws. Prior to its accession to the EU, foreigners had been prohibited from buying homes in the western region Tirol unless it was their main residence.

In this case, all EU citizens, including Austrians, were banned from buying or building new holiday homes in Tirol, an option which would hardly assist the Irish.

However, there is an added twist to this story, which makes it something of a cautionary tale. The treaty of which the Irish may have fallen foul is not any recent construct – but the original 1957 Treaty of Rome. Even now, we are learning of more and more impositions that were devised 50 years ago.

Had, in the arguments on whether to join the (then) EEC in the 1970s, the "no" campaign warned that the treaty would affect rural housing policies, this would no doubt have been dismissed as scare-mongering. But such is the reach of the treaty system that, decades later, we can find applications of which no one dreamed.

And here we go now, with Brown preparing to sign up to another treaty, the implications and effects of which we may not fully appreciate for some many more decades.

Email ThisBlogThis!Share to TwitterShare to FacebookShare to Pinterest
Labels: Ryanair