Taking us for fools? 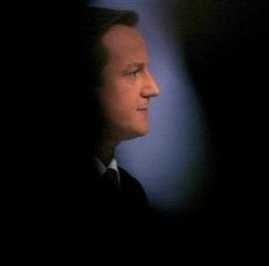 No one will even begin to pretend they know exactly what the current situation is with immigration. That is part of the scandal, where successive governments have not only lost control of our borders, but the current government has no idea how many immigrants have entered, how many intend permanently to settle and how many will be leaving.

If that is the background to any debate on immigration, then it ill-behoves the leader of the opposition, the revered David Cameron, in making his first speech on immigration since becoming leader, to rely on "the statistical picture of what is actually happening". These statistics we know full well to be flawed, more so when Cameron cites the 2005 figures rather than more recent estimates.

Nevertheless, we are told that in 2005, 145,000 migrants to Britain were from the European Union, mostly from the new accession countries in the east, and accounting for around thirty per cent of the total. 91,000 were British citizens returning to live here. Another 189,000 came from the Commonwealth. And 140,000 from elsewhere in the world.

But then we see why those figures should be so attractive, as Cameron goes on to tell us that, in controlling immigration – which he says is necessary – the "first step", is "being clear about what we can directly control, and then controlling it." Of course, EU migration cannot be controlled, so one almost senses the relief when the Great Leader declares that "Non-EU migration, excluding British citizens returning to live here, accounts for nearly seventy per cent of all immigration."

Thus, on the basis of wholly inadequate and almost certainly incorrect figures, Cameron can guide us towards the conclusion that EU immigration as a smaller part of the problem and thus it can be ignored, in favour of the larger problem of immigration from non-EU countries.

With that as our vade mecum, he concedes that "we should bring down the level of net immigration to a more sustainable level" – although we are not allowed to know what that is. Instead, we are told this:

Of course overall non-EU migration includes asylum seekers, students and family members as well as economic migrants. But non-EU economic migration is something we can and should limit, and I cannot understand why this government has not done so.

Now, here we have an interesting problem because, according to Andrew Green of Migration Watch, writing last year in The Daily Telegraph, among the Pakistani and Bangladeshi communities, some 30 to 50 percent of the second and third generations marry partners from their countries of origin. And, in Bradford, this figure reaches 60 percent.

The effect, he writes, is to increase the number of households greatly, adding to the pressure on housing, and setting back integration by a generation - assuming, of course, that people now living in those rather closed communities wish to integrate.

Now that would seem a significant target for immigration control but, as we see, Cameron excludes it. And well he might. No doubt this time he has been correctly advised that he cannot exclude such persons under EU law – our old friend Directive 2004/38/EC. This gives rights of residence to spouses of "EU citizens" – whether they are nationals of EU member states or of third countries. And of course, immigrants who are awarded British citizenship automatically become EU citizens as well, affording them the full rights under the directive.

Furthermore, this privilege applies to children, parents and in-laws. None can be excluded. Nor indeed can we exclude immigrants from other EU countries, who in turn have immigrated from non-EU countries and have been awarded citizenship of those EU countries. And that applies to their relatives as well.

Similarly, since we have handed over control of the admission of asylum seekers to the EU under Regulation 343/2004, nor can Mr Cameron hope to have any effect on this flow – it is out of his hands.

Thus, whittling down what is left to us to control, we thus find the essential element of Tory policy coming down to "explicit annual limits on non-EU economic migration," which will be "set at a level substantially lower than the current rate."

And how many "non-EU economic migrants" do we have entering the country each year? Well, Mr Cameron does not say – but it must be a tiny fraction of the total.

But, you will be pleased to know, the policy doesn't actually stop there. Apart from a new border police force to stop illegal immigration and restictions on any new EU entrants, says Cameron:

…we can and should do more in relation to marriages across national boundaries … a Conservative government will raise the minimum age for a spouse coming to Britain - and for the sponsor - to twenty-one … we will [also] insist that every spouse coming to Britain should have a basic level of English: the same level as those applying for Indefinite Leave to Remain because they work in Britain.

Sorry David! You can't do that. If the person wishing to have their spouse join them is an EU citizen, then Directive 2004/38/EC applies. That makes no provision for excluding spouses on the grounds of age, and you certainly are not permitted to require that they speak English. As long as they acted in accordance with the law of the country in which they married, no such conditions can be applied.

So, who are you trying to convince? Or are you – as you accuse Mr Brown – also taking us for fools?