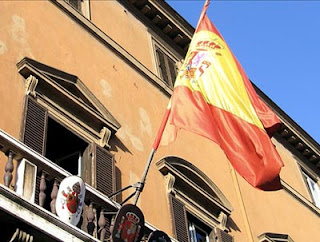 Did you know that, if you (or any person from an EU member state other than Spain) go abroad to work in a Spanish diplomatic or consular office – not that one could imagine wanting to do that – then your salary gets taxed by the Spanish government, but you do not get any personal or family allowances?

However, if you are not at all interested in that little nugget, then the EU commission certainly is – because it has discovered that people who are resident in Spain, and are recruited to work abroad in diplomatic or consular offices, do get full personal and family allowances.

And that, says the commission, is "discriminatory", and thus "contrary to the free movement of persons guaranteed by the EC Treaty".

Aware now of this heinous crime, the commission has sent Spain a formal "request" – by way of a "reasoned opinion" - to amend its legislation, affording equal treatment to Spanish residents and non-residents alike. If Spain does not respond satisfactorily within two months, the commission may refer the matters to the European Court of Justice.

One would have thought that such matters were the concern of the employer (in this case the Spanish government) and its employees but, if there is some injustice in having differential tax treatment, the answer must be fairly simple – don't go abroad to work in a Spanish embassy… unless they're paying you very handsomely indeed.

This, though, is not the way of the European Union. As "guardian of the treaty", the commission has to show who's boss. And that isn't the Spanish government.