While I've been away 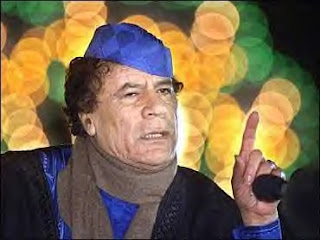 Back from Istanbul to find that the plan for the North Domination of the World has been proceeding apace and little has happened in the news or on the forum that is any different from what was happening before I went away.

Istanbul is a glorious city with layers and layers of history. One can walk through centuries in one afternoon and we did. The food remained magnificent and the presence of dogs and cats mysterious. That’s enough of what I did on my hols. Back to business, which will include postings about Turkey at various times.

For the moment, back to the United Nations, which has elected Libya that land of democracy and human rights, to be a non-permanent member of the Security Council for the years 2008/2009. Apparently the country received 178 votes out of the available 192, no doubt many from countries that are always happy to decry Israel or the United States as being oppressive terrorist entities.

The Secretary of the Libyan General People's Committee for External Relations and International Cooperation, Abderrahmane Chalgham, said the election of Libya "with this majority and in the first round", was an obvious sign of the renewed confidence by the international community in the country and pioneering role of its leader Colonel Mouammar Kadhafi for peace and stability issues in the world, Africa and the Mediterranean basin.

Mr Chalgham added that the election also confirmed the importance of the role played by his country in encouraging and activating international dialogue for peace and understanding and also its actions for development of all countries.

Well, there you are. Couldn’t have put it better myself.