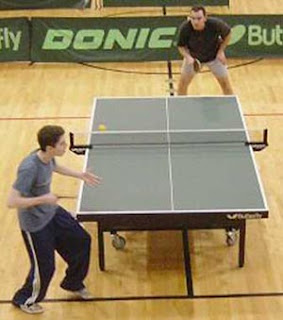 It is a testament to the ignorance of MPs and, especially, the media that, this morning the Independent highlights in its report of Brown's statement on the IGC summit that:

… the Prime Minister said Parliament will have a right of veto over any move from majority voting to qualified majority voting in the European council. The move was presented by Mr Brown as an important concession to MPs, who will now have the power to direct the Government's future negotiations.

This, of course, is Article 33 in the "reform" treaty, which we explored earlier, remarking that Parliamentary ratification was built into the provision. Thus, Brown is offering absolutely nothing that is not in the treaty, something that an alert media (the Independent is not on its own) would have picked up immediately.

But then, we are dealing with the MSM.

Still, it does reinforce Peter Riddell's comment in The Times - a particularly interesting phrase: "Gordon Brown seems determined to win ugly," he writes.

And "win ugly" is certainly the name of the game as far as The Telegraph is concerned, with its headline: "Brown to deny Labour MPs free EU treaty vote".

This is the tribalism coming to the fore, with the paper telling us that Brown plans to force the treaty through the House by denying Labour MPs a free vote.

This is so predictable that it is hardly news – there is no way that Labour is going to give the Tories a victory on this one. All the pressure and all the dirty tricks will come to the fore on this issue, and Brown will get it through, "ugly" or not.

Such will be the pressure that there will scarcely be 20 Labour MPs who will rebel, and the number might be even less. These will be counterbalanced by the Tory Europhile renegades, who will ditch their own Party whip and either abstain or vote with the government. Even without the Lib-Dims, therefore, Brown is certain to carry the day in the Commons.

The Lords is another matter, where the vote is not so reliable and the arithmetic uncertain. There, it is going to be matter of who blinks first, as we expect the Bill to "ping-pong" between the Houses, with the referendum amendment inserted and removed a number of times.

In the end, though, the Lords are likely to cave in, led by the Tories who will extract maximum political advantage and then make a back-stairs deal. That is what they always do.

Barring a miracle, we are not going to get our say.