So much for scrutiny 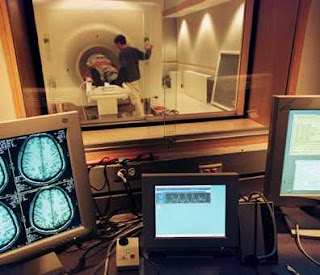 In March last year we wrote about Directive 2004/40/EC - the Physical Agents (Electromagnetic Fields) Directive – which threatened to make illegal up to 30 per cent of the MRI scans conducted in Britain each year, needlessly endangering the health of thousands of British patients, many of them children.

This was because the Directive, due to come into force in April next year, set absolute limits for workplace exposure to electromagnetic fields which bore absolutely no relation to any proven risk, but nevertheless would prevent many scanners being operated.

Such tales, of course, are the standard fare of the Eurosceptic media – notwithstanding that this one was also aired in The Times and on the BBC. Very often though, the steamroller goes ahead regardless and, eventually, the problems predicted happen, and no one takes a blind bit of notice.

But not this time.

Sneaked out by the commission this Friday afternoon was a bland announcement that it was to "postpone and amend electromagnetic fields legislation to protect MRI".

The commission, we were told, had proposed a four-year postponement of the legislation, to "allow enough time to prepare a substantive amendment to the Directive". And, just to prove that the EU could do no wrong, this was "to take account of recent research findings on the possible impact of the exposure limits on MRI."

These revisions, it says, are expected to yield results in the form of new, less stringent, recommended limit values for occupational exposure at the end of 2008.

In fact, this is simply a face-saving formula. As our earlier piece set out, there was never any scientific evidence for the levels set in the first place, which were condemned by a galaxy of scientists, one of whom described them as "overcautious and based on sparse scientific evidence".

Faced with outright condemnation from the scientific community, and the prospect of up to three million patients a year being deprived of life-saving scans, the commission was facing a PR disaster of nightmare proportions and had no choice but to cave in.

But, as we also pointed out in our earlier piece, this legislation had gone through the whole gamut of "expert" studies by the commission and scrutiny by the member states. And it had been approved by both the council of ministers and the EU parliament.

Such is the power and effect of all this legislative scrutiny. And while, on this occasion, common sense has prevailed - after the legislation had been approved - there are numerous examples equally insane laws being passed and kept in place because there was lacking a powerful lobby to oppose them or because the effects were not so obvious or immediately damaging.

This is the system that Mr Brown wants to buy into, giving it even more powers to make legislation, through the so-called "reform" treaty.