Even now, they don't get the point 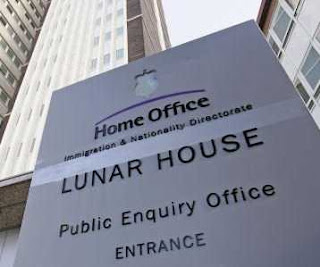 Immigration is a subject that brings out the best and the worst – but usually the worst – in people, with its undertones of racism, xenophobia and "little Englanditis" all rolled into one. For that reason, it has been easy for the political classes to suppress discussion, simply by invoking the natural guilt at being associated with an anti-immigration agenda that is most often linked with extremists such as the BNP.

However, as The Telegraph and much of the media (right wing) point out today, the latest population estimates from the Office for National Statistics must come as a wake-up call. They predict 65 million people in the UK in ten years time - an increase of five million - and by 2031, growth to over 70 million, much of it fuelled by immigration and children born to second-generation immigrants.

But what is particularly depressing is the quoted response from the Tories who, according to The Telegraph, have "accused ministers of losing control over the borders" and are demanding "a ceiling on new arrivals". So it is that we get David Davis, the shadow home secretary, saying:

The shocking acceleration in the rate of population growth makes it more urgent than ever that the Government should introduce a properly controlled immigration system. Without controls on the numbers coming here, we will face a future of public services struggling to cope.

All that may be true, but a central feature of our lack of control over immigration is our membership of the European Union. Two main mechanisms are involved (there are others): first we must give unrestricted access to any citizen of any EU member state and, secondly, immigrants from third countries, who have acquired citizen rights in any EU member state, is then free to set up home in any other member state.

Such rights afforded to "EU citizens" come not from any recent treaty, but are fundamental to the most basic treaty of them all, the Treaty of Rome. Only now are chickens coming home to roost, with the problem exacerbated by the accession of the Eastern and Central European states to the EU, and the successive failures of EU (and national) policies towards developing countries, which have thus failed to affect the conditions which drive economic migration.

Whatever else, therefore, it is quite impossible even to begin to develop a comprehensive immigration policy (or any at all) as long as we are members of the European Union. To belong to this "club" necessarily means, as an inherent price of membership, that we have open borders, free – effectively – to all comers.

Therefore, for the Telegraph leader to prattle on about the "Immigration truth that Labour dare not speak" is completely to miss the point. More so, it is to avoid articulating a greater "truth" which the newspaper itself "dare not speak".

Then to declare that uncontrolled immigration "is a failure of public policy on a quite staggering scale", without pointing to the underlying cause, is then so egregious an omission that its scale beggars description. Almost laughable then, it states that "the Tories who are talking the best sense", with "hard-headed plans for a dedicated border police force and an annual cap on immigrant numbers."

No more can the Tories control immigration than Labour, as long as their policy remains the same as Labour – continued membership of the European Union.

However, when it comes to an "ostrich-like" approach to immigration (one of the accusations The Telegraph makes) even this newspaper cannot compete with the left wing, rabidly Europhile Independent, which chirps happily away, telling us that:

Instead of grumbling about the problems that might accompany a larger population, we should hail the opportunities. If the birth rate in Britain is rising and migrants compete to make their future here, this is a vote of confidence, and it should be a point of pride.

But this is only one part of the fantasy world, in which our media and political classes live. The right-wing fantasy, that somehow a new Conservative government will implement its own "tough immigration controls" is equally in the land of the fairies. These people need to grow up and start to face reality. If they do not, the BNP will do it for them.