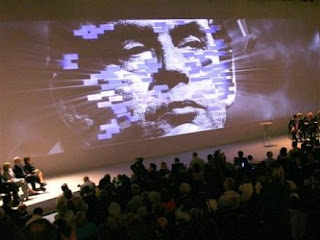 As we write, according to BBC television news, Gordon Brown is in No. 10 Downing Street, giving an interview on why he is not going to call an immediate general election. He is, we are told, going to say that his aides had been pushing for an election and he had considered calling one but, on reflection, he has decided to go for a "mandate" on his "achievements" rather than on what he promises to do as prime minister.

It is already being said that the Opposition will claim a scalp, and that the deciding factors were the series of polls - culminating in a News of the World poll tomorrow, rumoured to put the Conservatives in the lead. And, you can be sure that the word "frit" will be used some time in the Commons during the next week.

And, while everyone and his dog is now claiming credit for breaking the news that the election is off, we wonder whether we should claim due credit for suggesting that this was all idle speculation got up by the political hacks, bereft of something to write about once they no longer had a daily dose of the Blair-Brown soap opera. So confident was my co-editor that there would not be an early election, that she said so on 18 Doughty Street earlier this week.

For sure, speculation will now turn to a Spring election - which in our view, remains extremely unlikely, as the amendment to the European Communities Act will be going through Parliament. Then to prorogue Parliament would mean losing the Bill and thus delaying ratification of the new treaty. Our bet is that Brown would not want to do that, especially as it would catapault EU issues to the top of the political agenda.

Ruling out an autumn election and also 2009 - as that is when the EU parliament elections will be held - we are back to our original guess, that Brown will "go to the wire" and hold the election in the Spring of 2010. The chattering classes, nevertheless, will continue to speculate but, for the rest of us, we had better get used to the fact that we are in for the long haul, and get down to some serious politics.

There is a referendum to fight for.