A new role for Parliament 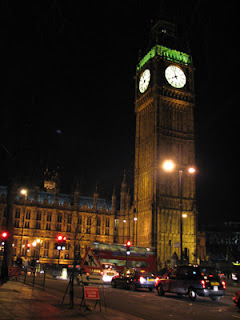 Strangely absent from the front page of the on-line edition of The Daily Telegraph but nonetheless embedded in the website is the news headlined that, "MPs' holiday may be raised to 90 days".

The story, however, does find its way onto the front page of the print edition, from which we learn that MPs may be given an extra 12 days holiday over the next year, "after the Government ran out of legislation to put before Parliament."

Furthermore, despite having only just returned from a 12-week summer break, parliamentarians were told yesterday that they will now have another week off at the end of October and this will be followed by additional time off before next autumn.

Research in the Commons library, says The Telegraph, suggests that the extra days will give MPs their longest annual leave entitlement for 30 years. Then Chris Grayling, a member of the shadow cabinet, is cited, saying that MPs were already running out of business. "We are just not doing anything at the moment," he said.

This then leads to what must be one of the more fatuous political comments of the decade, from the otherwise admirable Matthew Elliott, chief executive of the Taxpayers' Alliance. He opines that:

A three-month holiday for MPs is a ridiculous luxury, especially since the politicians have also been awarding themselves larger pensions and higher pay. But having MPs sitting in Parliament for shorter periods may at least mean fewer new taxes and regulations.

It is that latter comment which attracts our opprobrium. On the very day that the new "reform" treaty has been agreed in Lisbon, one does not have to look very far to work out why our MPs are so under-employed. With variously estimated 80 percent of our legislation now coming from the EU, much of it only to be "rubber stamped" by our own Parliament, it is not surprising that MPs are "running out of business". 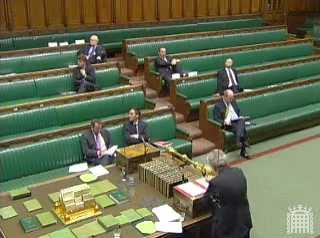 Furthermore, of course, when it comes to EU Regulations, as so few people actually realise, these take direct effect the moment they are "done at Brussels", and do not even have the fig-leaf of Parliamentary approval. They by-pass our legislative system altogether.

Liberated from the drudgery of making our legislation, however, the MPs could perhaps spend their time attending important debates but, as we saw recently, they cannot even be bothered to do that.

With yet more powers about to be stripped from Parliament, it is now time to do the honest thing. We should close the place down and turn it into a museum of democracy. Perhaps then we could hire actors to re-enact the great debates of the past, to remind us of former glories, and bring in some tourist cash while we are about it.

In the meantime, while our MPs busy themselves with anything and everything other than making our laws, we can reflect that, whether they are on holiday or not, the vast legislative machine will go on churning out new laws – only it is no longer in Westminster. It is in Brussels (with a branch office in Strasbourg).