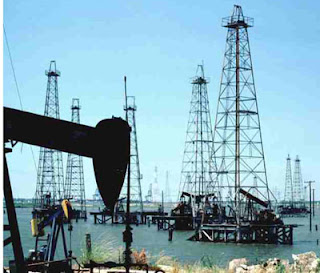 With crude oil prices breaking through the psychological $100/barrel level today for the first time ever, we see an intriguing report of an interview with Dirk Beeuwsaert, chief executive of Franco-Belgian utility group Suez.

He has told the Belgian financial daily De Tijd that EU countries will have to accept higher energy prices unless the Union develops a common energy policy. "China and India," he says, "are establishing themselves in all the countries which are important for the delivery of raw materials and energy," hinting that individual European countries will not be able to compete unless they get together under the wing of the EU.

But, what is especially significant is his view which strongly reflects the food supply situation, Beeuwsaert declaring that, "Europe has so far focused on a simplistic liberalisation model," adding that this model had been developed for a time of overcapacity. It provides no incentives to increase production, and is no longer suited to the future, which will be increasingly characterised by energy shortfalls.

Thus is a second, vital sector we have an experienced player pointing up a common flaw – historical policies based on surplus, which are now having to be attuned to dealing with global shortages.

Beeuwsaert is perhaps being over-optimistic is he believes the EU commission is either flexible enough or has sufficient expertise to manage the energy market on behalf of the 27 member states, or even that there is the political will in the member states to support cooperation at anything other than a very superficial level.

But, while there may be sense in some of the smaller EU countries – especially those with contiguous land borders – working closely together with their neighbours, perhaps even under the aegis of the commission, this does not apply to the UK, which has a largely separate and distinct energy market.

Nevertheless, the writing is on the wall as, indeed, we are seeing both China and India forging ahead with comprehensive long-term energy policies. It is quite remarkable that a supposedly sophisticated, developed country like the UK has not been able to get its act together on this score.

More seriously, we have a nation that is in thrall to the Greens who, bessotted with the idea of anthropogenic global warming, are at one demanding absurdly expensive measure – such as wind farms – to reduce CO2 emissions, yet are standing in the way of the most obvious and effective long-term solution to both energy security and emissions reductions – nuclear power.

We await this month a statement from Gordon Brown his government’s intentions on nuclear power, but any decisions cannot come a moment too soon. African nations are already experiencing a uranium boom, with uranium prices having increased from less than $10 per pound at the start of the decade to a current price of about $92 per pound.

This is making previously marginal deposits of uranium ore quite economical to mine, but also indicates that nuclear power is becoming a highly competitive field, which means that the UK will be in the tail end of the queue when it comes to developing new power stations. 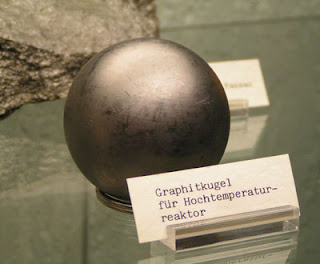 Still, however, the debate is centred on whether the UK should replace its ageing nuclear power stations, but there is next to no discussion on what type of power stations we should have. Yet, the pebble bed reactor continues to look highly attractive and, tied in with high temperature electrolysis plants, we could be making significant moves towards a hydrogen economy as well.

With such current developments, we could be moving away from the model which relies on nuclear providing the base load, with other more responsive generators making up the variable peaks, to a nuclear capability to provide even our peak load. Then, instead of shedding load when demand drops, the surplus electricity could simply be diverted to hydrogen production.

It is this type of thinking which could transform the energy economy of this country, and liberate us from the tyranny of the Greens – giving scope for a forward-looking opposition party to score against the government. One would like to think that the Conservatives could fulfil that function and it is, as always, a constant source of disappointment that we are not seeing anything imaginative from this source.

Energy, like food, is one of our most fundamental needs and we need a British government able to look after this need, rather than let the Beeuwsaerts of this world get their way. This is yet another area where European intervention can do nothing but harm.