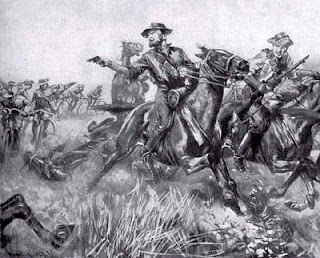 "A massive and fundamental" shift of power. So says Michael Connarty MP, reported by The Daily Telegraph today, marking, says the paper, an "explosive start" to five weeks of Parliamentary debate on the Lisbon Treaty.

Connarty is of course right and, as chairman of the all-party European Scrutiny Committee, he has some authority in the matter – but not very much. He, like all the others, will be totally ignored by a government which is simply not listening. Today and through the next weeks, it will rely on pre-formed mantras and its payroll vote to ram its ratification bill into law at breakneck speed.

It says something for the "explosive start" that the Telegraph predicts that its story is at the bottom of the front page, under the lead item which hails, Drivers to face random breath tests.

Ministers, we are told, "are convinced that tougher enforcement is the key to cutting the number of alcohol-related road deaths. Their plans for random testing will be unveiled within weeks". However, they were not convinced during the passage of the Road Safety Bill last year and rightly so. The evidence does not support random testing as an efficient way of catching drink-drivers.

What has now "convinced" ministers, however, is pressure from the EU which, as we have pointed out, now has exclusive competence over road safety issues. It is the EU that is insisting on random testing and our provincial government has no choice but to fall into line.

If you want an example of a "massive and fundamental" shift of power, therefore, this is it. But you will not find a single mention of the EU dimension in the Telegraph's piece by its transport editor, David Millward, who shares with the paper's political correspondent James Kirkup a blindness for all things emanating from the European Union.

Another example of the "massive and fundamental" shift of power comes in a small piece on page six of the newspaper, headlined, "Biofuels will harm the planet, MPs warn". This previews a report to be published today by the Commons environmental select committee which accuses the EU of being "reckless" in subsidising fuels made from plants, claiming that plans to promote "green" petrol and diesel made from plants "will do the planet more harm that good" and should be scrapped.

The EU commission, of course, knows this from its own experts. But it is not inclined to take any notice of those experts and it is certainly not going to listen to MPs from one of its provinces. The environment committee is wasting its time and our money.

These "massive and fundamental" shifts of power, however, have come with previous treaties, most notably Maastricht, and with the Lisbon treaty, we are going to see more of the same.

But, as the media and politicos over the years have failed and continue to fail to point out the degree to which power has moved to Brussels, the population is largely unaware of the extent to which they have been betrayed, and the full nature of the current betrayal.

Thus, while the lead editorial in the Telegraph is extremely robust and very welcome, it is too little too late. It calls for us to "play a part in holding our MPs to account," writing to them, reminding them of what they promised in their manifesto. It also tells us that we can lobby them in person. Particularly, though, it wants us to support the I Want A Referendum campaign which is planning to hold mock referendums to demonstrate support for a real referendum.

That campaign is also highlighted in the Speakout blog, which takes this blogger to task for his "familiar mix of world weary cynicism and bitterness at being left on the 'wings' while others take centre stage." With friends like this, says Speakout, the Eurosceptic movement is once again demonstrating how little it is prepared to work together for the common good.

"But surely," it continues, "over the next few months, those of us who want a referendum on the Constitution have a duty to put aside our differences and to ensure maximum support for the I want a referendum campaign. Anything less, and Brown will laughing all the way to the division bells."

What Speakout and its fellow travellers are having difficulty is coming to terms with, though, is that this phase of the battle in a long war is almost certainly lost. Barring a miracle – which will have nothing to do with the activities of Open Europe and its I want a referendum front - Gordon Brown is indeed going to march his troops through the lobbies, in defiance of public opinion. There is nothing we can do about it.

The trouble is that this battle was lost years ago and, as we pointed out in a post written in December, we have only ourselves to blame.

Above all else, like guerrilla warfare, this is an intellectual battle, in which the Eurosceptic movement has refused to engage. With 30 years of failure behind them, Eurosceptics could have at least learned from the tactics of the Europhiles. Like all minority groups who eventually prevailed, they invested the bulk of their funds and effort on winning the intellectual arguments before they committed their "troops" to the field. In common with guerrilla warfare, to commit troops to the battle before the ground is prepared is to invite certain defeat.

Nevertheless, Speakout's idea of a winning strategy is to do precisely that, asserting that, in order to work for the "common good", we should roll over and support a flawed strategy, launching into a burst of frenetic, last-minute activity, however futile that might be.

Despite that, this blog remains committed to winning the war by continuing a strategy which really works, one proven by experience - winning the intellectual argument. And, in the history of such wars, we can afford to lose battles on the way. We only have to win the last one.