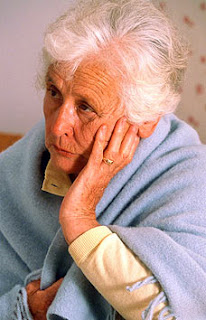 Reported in The Sunday Telegraph (not online) is a warning from the charity Age Concern that rising fuel bills could cause the premature deaths of a large number of pensioners, brought about by their inability to keep their homes warm.

The charity says that in excess of 22,000 deaths were directly attributable to the cold last winter and it fears that, as fuel costs spiral, millions of pensioners' lives could be at risk.

This is a timely reminder that cold is a much more potent cause of premature death than high temperatures, which suggests that far from being the great killer, global warming could be a life-saver, if it continues.

Such is the limited vision of the environmental lobby though that, as The Sunday Times remarks, they "find something to celebrate in high energy prices, because the increased costs will change the way we behave." Perhaps they have not fully appreciated that there is no more permanent a way of changing behaviour than dying.

This is, of course, where the EU has totally got it wrong in that, having bought into the global warming miasma, is driving up energy costs directly while adding to the regulatory burden for electricity generators which will further add to costs.

On balance, the EU in its pursuit of the global warming myth may eventually be responsible for more deaths than would have occurred should there have been the wars it so fondly claims to have prevented – especially as Booker reports today, global warming over the last six years has flattening out at 0.2 degrees below their level of 10 years ago. 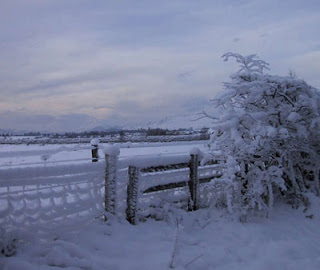 Even more worrying is a press release from the Space and Science Research Center, (SSRC) in Orlando, Florida, released earlier this month. It reinforces the message from Dr David Whitehouse that we are about to enter a period of unusually quiet sunspot activity.

Since these periods, historically, have coincided with extended periods of deep cold to the planet, SSRC scientists are confidently predicting its own brand of "climate change" - to one of a long-lasting cold era. They say that the change could become apparent within three years giving us only a few years to prepare before 20-30 years of lasting and possibly dangerous cold arrive.

Contrary to the doomsayers' predictions, global warming is largely beneficial. As well as keeping larger numbers of pensioners alive, it brings extended growing seasons and, while not directly related to warming, higher CO2 levels increase agricultural productivity. Thus, the implications of cooling are potentially severe. 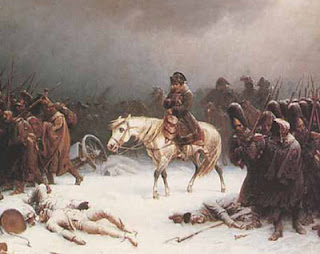 During the last "cooling" of 1793 and 1830 - the so-called Dalton Minimum - a period of extreme cold (during which Napoleon made his ill-fated attack on Moscow) that resulted in what historian John D. Post called the "last great subsistence crisis." With that cold came massive crops losses, food riots, famine and disease.

SSRC believes, "this next climate change will be much stronger and has the potential to once more cause widespread crop losses globally with the resultant ill effects." The key difference for this next cycle is that we will have over eight billion mouths to feed in the coldest years, whereas we had only one billion the last time. There is, says SSRC, the real prospect of the "perfect storm of global food shortages".

With possibly only three years to go before the effects begin to become apparent, the up-side is the prospect of demonstrating that the EU has been spectacularly and catastrophically wrong in its focus on global warming. But that will be small compensation as we face freezing temperatures, higher fuel prices and global food shortages – for which our supreme government is singularly ill-prepared.