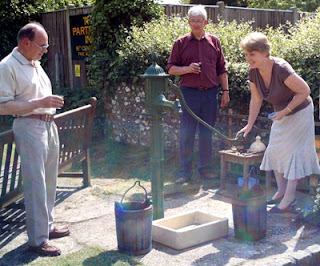 This week, almost unnoticed, Charles Moore tells us, the House of Commons voted to increase hugely the amount Britain pays to the European Union.

There is, of course, a reason why this event went "almost unnoticed". Quite simply, it is because none of the major national newspapers chose to report it, in part because, as we observed, the Conservative Party chose not to make it a big issue.

Moore chooses the event, however, not to make a point about the huge amounts of money now pouring out of our taxpayers' pockets into the coffers of the EU. In fact, so careless is he of this issue that he claims that from now until 2014, the British net contribution will be £5.5 billion each year.

We do not know from where he obtained his information but, according to government figures, he is way out.

On that basis, the average net payment is nearer £10 billion a year, almost double the figure Charles Moore has given us.

That carelessness with detail (it would have taken only seconds to check the details on Google) betrays the mindset. Moore's concern is not with the money, but with personality politics, in this case the possibility of Tony Blair becoming the first "president of Europe".

Frankly, this is not going to happen but, as Moore remarks, "there is growing talk…" about the possibility, no doubt in the gilded circles inhabited by Mr Moore and his friends. And because the chatterati talk about it, it assumes sufficient importance for this ex-editor of The Daily Telegraph to acquaint us with his wisdom (and factual errors) on a grey Saturday morning.

If you look back over our own coverage of the last few weeks, however, you will see issues that the chatterati are not talking about. By far the most prominent of those is the forthcoming publication by the commission of its proposals for emissions quotas, included in which is the insane target for a ten percent quota of biofuels for 2020.

Already, we are paying for this madness, in our food prices, in our energy bills and at the pumps when we fill our cars with petrol but, if the proposals go through (which is more likely), the effect on our economy, our jobs, inflation and our way of life will be profound.

Furthermore, the issue is clearly one of high politics, as we have noted and one of enormous political controversy. But, because it is being played out in Brussels, amongst people of whom we have never heard, largely behind closed doors, it escapes the attention of the gilded chatterati of the London political circuit. And, because they know nothing of it, do not understand the issues, and have no knowledge of the personalities involved, it is not important.

This we saw with James Kirkup, the Telegraph's political correspondent. Like the rest of the chatterati, he is determinedly London-centric, and cannot get his head around the fact that the most important political decisions that are taken today happen not in his tiny little world bounded by Whitehall, Westminster and Victoria – where his newspaper office happens to be – but in a foreign country of which he knows little, despite its proximity.

Not only have we exported our government to Brussels, therefore, we have exported our politics. The likes of Moore cannot cope with the fact that the power has drained away from their gilded circle. Instead, they have retreated into their comfort zone of pump-parish politics, indulging in the local tittle-tattle and gossip that used to be the fare of the elders and the women as they gathered at the focal point of their village, to collect the water.

Only when a personality like Tony Blair is involved in the wider world of which they know so little, do they look up from their claustrophobically narrow little worlds and start taking notice. And then, it is only to prattle, soap-opera style, about familiar faces, rather than the issues. Parochialism, it seems, is the new black.