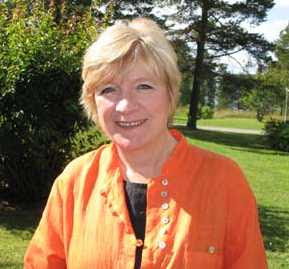 If Polly Toynbee shares with us a certain dread at the prospect of Monday's second reading debate on the treaty ratification, she is not averse to adding to the very reasons for our dread.

The essence of EU debates in the House is not only the tedium. It is the sheer dishonesty of the Europhiac speakers, and their reliance on their mantras rather than argument. It is impossible to have a debate with someone who resorts to trotting out "three million jobs" and all the rest of the garbage that these people use to justify handing over more powers to our central government in Brussels.

In a piece in the Guardian's comment is free section, however, Toynbee plumbs new depths in the dishonest department, telling us that, during the debate, Ed Balls will point out that all the big children's organisations are backing the treaty: their statement calls it a positive step as it includes children's rights.

She also tells us that Hilary Benn will stand up with the support of the environmental groups who see the EU as key to climate action, while Douglas Alexander will speak with support from Oxfam and the other aid organisations for the treaty's "potential for a stronger poverty focus".

"It's brave and honest of all these NGO umbrella organisations to join this fight," writes Toynbee. "They see qualified majority voting as no loss of British sovereignty but the only hope of action that can otherwise be blocked by any one of 27 countries."

Here we have organisations on the EU payroll, endorsing their paymaster without declaring the same, and Toynbee calls them "brave and honest"?

However, the deception does not stop here. With "third-party support" such a crucial part of Labour's strategy, we see The Daily Telegraph unwittingly enjoined in talking up the importance of such endorsements, allowing Phil Hope, Minister for the "Third Sector", to write about "the importance of charities in our society".

Yet in this long piece about charities, the only one he mentions (approvingly) by name is the NSPCC, which just happens to be the front-runner in the Labour strategy to gain endorsements for the EU treaty. Coincidence? I think not. Like Toynbee, Hope is plumbing the depths of dishonesty.