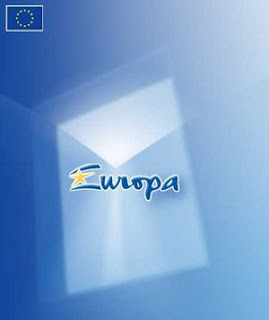 Slipped out just before Christmas when no one was really looking, the EU commission published a report on its use of the internet, under the laborious title, "Communicating about Europe via the Internet: Engaging the citizens".

It, like many others, has begun to appreciate that the internet is a potent and cost-effective means of communication, hosting a "huge range of discussions" on a wide range of topics which are "of interest to the commission". Yet, as it ruefully observes, "while the EU itself is also a frequent topic of discussions, sometimes eurosceptic-driven," the commission itself is "comparatively absent from the online environment".

To improve its profile, says the report, one move has been to "make initial contact with some of the most active websites dealing with EU issues" with a view to "exploring possible Web partnerships" and "developing a network of civil society and public and private websites that promote contact with or between European citizens and stimulate debate on EU policy issues".

It is now planning to launch a study “to pinpoint leading websites with a focus on European affairs and will, with a view to establishing networking arrangements, organise regular stakeholder meetings and add links to the Europa site (which gets 500,000 visitors a day) to other sites that users many be interested in visiting.

Something tells us that EU Referendum will not be appearing as one of those links, but the message is clearly that the commission is planning a major infiltration of the web, in an attempt to dominate and thereby control the web.

We have already seen how it is seeking to control "civil society" and how much money it is throwing at favoured lobby groups and this is a natural extension of the process.

One of the facets of the internet revolution is how the political discourse has been dominated by the right wing, with even today the highly successful Conservative Home site looking at how to stay abreast of the game, but here we have the EU planning to take the media by storm.

It will not, of course, succeed. As we know to our cost, EU affairs are so often deadly boring that few are attracted to the issues, no matter how important they are to us, but the commission's idea of infiltrating other sites and corralling users into a vast network of influence means that many more will imbibing the EU message, without even realising it.

One wonders, therefore, whether the "right wing" eurosceptic-inclined internet sites are up to the challenge and will be able to counter the EU's attempts to dominate the net, and define the political agenda.