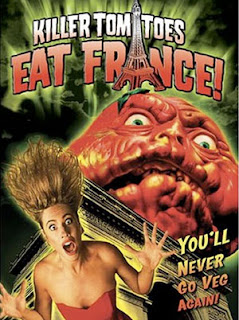 Both Austria and France have tried it on – to say nothing of Poland - and last we heard José Bové and some of his amis had gone on hunger strike in a bid to stop Sarkozy weakening and allowing them in.

We are, of course, referring to GMOs and, despite all these good little Europeans being in favour of rule from Brussels, when it comes to obeying EU law, they are nowhere to be seen. In defiance of that EU law, some member states are still refusing to allow imports of GM maize.

Now, Argentina, Canada and the United States are getting tired of the Europeans' games and, according to Reuters, are poised to retaliate against their continued obduracy.

European Union member states have until Friday to comply with a World Trade Organisation (WTO) ruling in a long-running case that has already seen an extension of the deadline from mid-November. Failing acceptable action, the three states can impose punitive sanctions on the entire 27 EU member states – including the UK which, so far, has complied with the WTO ruling. Such are the joys of belonging to a customs union.

To stave off this potentially damaging action, the EU commission must enforce its own laws – with Austria currently being the main culprit - and, while the officials have the power to do so, the commission itself has yet to decide to do this. Furthermore, the commission members disagree amongst themselves.

So, says Reuters, in Brussels the clock is ticking, while the world waits to see which way our supreme government jumps. But, in the wake of the maize come the killer tomatoes … and we all know what happened then.