Russia's war against the British Council 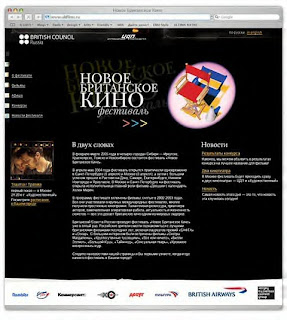 Back in 1903 when D. D. Braham the Times correspondent sent back accounts of nefarious doings by the Russian government (though he did not write the articles about the pogroms that particularly displeased the authorities) he was ordered out of the country and the Times was not allowed another correspondent for some time. Russia, it was said, declared war on the Times, which responded in kind.

Autres temps, autres moeurs. The Russian government seems to have declared war on the British Council for no reason that anyone can discern except for the need President Putin and the siloviki around him seem to feel to whip up fervent nationalist feelings coupled with a fear of the West.

Usually, this sort of behaviour indicates a strong desire to take people’s attention away from domestic problems, particularly of the economic variety. But we are told endlessly that the Russian economy is flourishing and that is the reason for President Putin throwing his way around in this ludicrous, school bully fashion.

I have mentioned before the demands that British Council offices outside Moscow should be closed down because they allegedly have not abided by Russian laws. Foreign Secretary David Miliband and the British Council itself have maintained that they do abide by all international and national laws. The obvious solution would have been for the Russian Foreign Ministry to go to court but that might not have worked. There are still some Russian jurists who show themselves to be courageously independent.

Instead, the authorities did what they do best – hauled the Russian staff into the FSB offices, interrogated them and searched their homes. The British Council offices in St Petersburg and Yekaterinburg duly closed, partly because they no longer had adequate numbers of staff and partly because they cannot endanger their Russian employees. The latter is always the weak point for any foreign enterprise in Russia – the local staff is at the FSB’s mercy.

Russia now hails the closure of those offices as a great victory. I suppose we should be grateful that they are not comparing it to Stalingrad or Kursk.

Yesterday’s Daily Telegraph also pointed out that the director of the St Petersburg office was stopped by the police and held briefly on suspicion of drink driving. Wearily I shrugged my shoulders and then I noted who this director is.

He is none other than Stephen Kinnock, son of Neil and Glenys, who used to work in the British Council’s extensive Brussels office when daddy was Commissioner and mummy a Member of the Toy Parliament, which she still is. He then returned to the London headquarters just as daddy became Chair of the organization (couldn’t run to a Table, I suppose). While I deplore the recent Russian habit of persecuting British representatives in the country because the British government had the temerity to ask for the extradition of Andrei Lugovoi on the somewhat serious charge of being involved in the murder of Alexander Litvinenko, I cannot help wondering about a young(ish) man who seems content to follow his parents round the tranzi and NGO world.

So what is to be done next? Mr Miliband, rightly in my opinion, has made it clear that there will be no tit for tat on this one. Britain will not expel the two cultural attaches from the Russian embassy, though why they need to be here is beyond my comprehension.

Nor is that much discussed exhibition at the Russian Academy going to be stopped, now that the Russian government has graciously agreed to allow the museums to carry out their side of the long agreed deal. Mr Miliband also added words to the effect that if Russia wants to be a great country it should stop behaving like a spoilt brat.

All well and good, but as I was asked yesterday by the BBC Russian Service (and allowed to answer for as long as I wanted to) why should Russia care. Britain has asked for the extradition of Andrei Lugovoi; not only did that not happen but he is now a Duma Deputy. (For all of that, if President Putin thought he could gain something from a different action, Mr Lugovoi would find himself on a plane to London with a one-way ticket in his pocket.)

The answer to that last question should be an unequivocal “yes”. The British Council’s mewling excuses as to why they do not simply sweep out of the country, making it clear that Russia has, in some ways, reached the level of other oppressive states, sets one’s teeth on edge. If I had any faith in their insisting that the Yekaterinburg and St Petersburg offices should remain open and winning that battle, I would take a different view. But it seems unlikely with the FSB playing very dirty.

The money thus saved could be used to bolster up the BBC Russian Service, which is needed ever more in that country. Master Kinnock would lose his present highly paid job but I am sure daddy can find him something else.

As to whether this harms Russia internationally, I replied to the interviewer, that is undoubtedly true and will come back to haunt the country. Using Soviet tactics on the grounds that nobody can touch us may well end up with a Soviet-style collapse.

Russia, I added, is not an essential part of the war on terror while it remains best friends with Iran and President Ahmadinejad (possibly one of Putin’s oddest policies, given Iran’s support for various terrorist groups around the world, including the Caucasus and Central Asia).

As ever it is hard to tell how the people of Russia react to all this. We cannot take our knowledge from Putin’s hooligans, the Nashi, who will have to be reined in at some point. The western media keeps insisting that the president is extremely popular. There is little evidence for his actual popularity though Russians are not too anxious to rock the boat.

His frenzied campaign before the December elections for the Duma did not yield the results he wanted. One Russia came top (surprise, surprise) but only with 64 per cent of the vote out of a 63 per cent turn-out.

Jamestown Foundation reports in its Eurasia Daily Monitor that a poll conducted by Gallup International’s Russian affiliate Romir last June showed that the majority of those asked believed that democracy was the best form of government but an equal proportion (though not necessarily the same people, obviously) did not think that the Russian form of it was quite the thing.

According to Gazeta.ru, 64% of the Russians polled by Romir answered in the affirmative when asked if democracy is the best political system. Among respondents aged 30 or younger, 71% answered this question affirmatively, while only 50% of those older than 65 answered in the affirmative. In addition, those with higher incomes tended to be more sympathetic toward democracy. Gazeta.ru quoted Romir consultant Igor Berezin as saying the age-determined differences were not surprising, given that the older respondents grew up under “different political conditions” – meaning under the Soviet system – and that they associate democracy with the 1990s (when economic dislocation and chaos hit older Russian particularly hard). …

Opinion polls, particularly of a not very large sample, though presumably weighted by various factors, are far from conclusive. But coupled with the reluctance shown by Russians to turn out and vote for Vlad’s List in December we can, at the very least, express some doubt on the assurances we get from various correspondents in Russia that everybody is overjoyed with the way things are being run.
Posted by Helen at 17:51