Another cost of EU membership 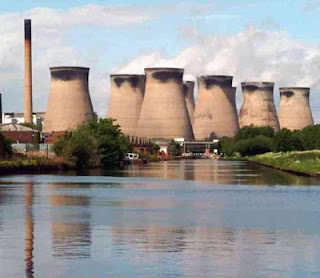 Consumers of electricity – i.e., all of us – who are now having to dig deeper to pay their electricity bills will mostly be unaware that, in addition to the swingeing increases announced yesterday, they are paying an increasing premium through their bills for the global warming fantasy.

The base line is the so-called Renewables Obligation, which is set to add at least £1 billion a year to our collective bills by 2010, simply to fund the scourge of industrial windmills that is blighting our countryside.

But, from the school of, "there is nothing so bad that the EU cannot make it worse", we are set to pay another £6 billion through our energy bills for the equivalent of snake oil, otherwise known as the European Trading Scheme (ETS).

The utterly bizarre aspect of this scheme, as reported by The Independent is that the UK's biggest "polluters" will reap this windfall. These include our electricity generators and they can make their money because the EU in its wisdom has given them 104 million tons of "carbon credits" and, despite having paid nothing for them, they are then allowed to charge their customers for the notional cost of these credits.

Although the term "you could not make it up" is really overused, that has to apply to this utterly mad scheme, which "gives" energy producers a free "product" and then allows them to charge their customers for it.

Furthermore, the calculations on how many "credits" should have been allocated are so wide of the mark that most generators have surplus which they can then sell on a totally artificial market to those enterprises which do not have enough carbon to cover their emissions.

In theory, this is supposed to fund the additional investments needed for clean generation technologies, but there is absolutely no obligation for the generators to spend their windfall. Thus, the EU's scheme does absolutely nothing to reduce national carbon emissions, even if that was actually worth doing.

When it comes to costing our membership of the EU, therefore, we have to add another £6 billion to the bill, all for its insane scheme that does nothing more than add totally unnecessary costs to our electricity bills.

And even then, the madness does not stop there. We are told that the EU commission is debating whether to push for a carbon tariff on imports from countries that "do not tackle their greenhouse gas emissions", such as China, India and the United States.

New rules, if passed, would be part of a raft of post-2012 proposals covering issues including national emissions targets and clean energy subsidies.

Needless to say, the idea of imposing some kind of tariff on goods imported from countries with less strict controls on greenhouse gases was first put forward by Jacques Chirac as president of the EU. L'Esroc lives!