One mad proposal after another 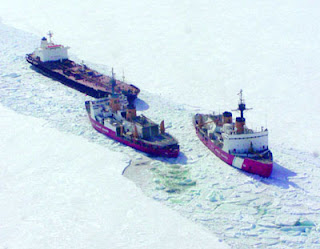 We have been seeing a run of EU-related "environment" stories recently. But we are going to see many more in the next few weeks as the EU commission gears up to produce its much-heralded strategy on "climate change" – expected on 23 January.

The core of this strategy will be the 20 percent reduction in emissions by 2020 and the 10 percent biofuel quota, the combination of which – with the other measures the commission is considering – will have a profound effect on our economy, our own personal lifestyles and global politics in general.

Another of the commission's madcap plans, mentioned briefly last Saturday, has been picked up by The Times. This is Chirac's original idea to levy import taxes on "polluters" – i.e., those countries like the US, China and India which have not bought into the emissions control scam.

Apparently though, this has triggered a "row" in Brussels, with our very own Peter Mandelson, in his role as the EU trade commissioner, leading the charge. He fears that any such scheme would fall foul of World Trade Organisation rules.

However, while unnamed officials in Mandelson's office are saying the plan is "dead", a spokesman for Stavros Dimas, the environment commissioner, is maintaining that several drafts of the proposal are being discussed and debated, claiming that it is "at the beginning of the process."

The problem for the commission, of course, is that even it has realised that its broader strategy for climate change will so handicap EU-based enterprises than they will be even less competitive on the global market than they are already, spelling ruin for us all.

But, instead of admitting their inherent madness in their Gaderene rush to destroy the economies of the member states, they are seeking to "level the playing field" by spreading the misery to our overseas suppliers.

Despite this, Mandelson is probably right, but that will not stop the commissioning continuing to search for mechanisms to mitigate the effects of their own madness. The one thing they cannot do, however is admit that they are mad, and abandon their megalomania.

Brace yourselves, therefore, for one mad proposal after another, which will not even stop when we are sending icebreakers up the Thames as the world hurtles into yet another period of cooling.