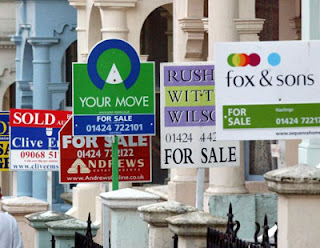 For intelligent laymen, rather than experts, the state of the economy – both local and global – remains perplexing and thus disturbing. And what is particularly disturbing is that one gets a sense that all the traditional measures of the economy no longer seem to have any real meaning, with performance indicators having become completely detached from reality.

Thus one reads in The Daily Telegraph that there is no reason why, according to normal economic rules, that oil prices should be so high. Against an unpromising economic backdrop, with America heading towards recession, you to expect the oil price to fall.

Perplexingly, one sees financial journalist, Tom Stevenson write, "the relationship between oil and the wider economy has been out of whack for some time," with him adding that, "One of the curiosities of the tenfold increase in the oil price in recent years has been its lack of broader impact."

He then goes on to write that, "When oil was last at this level in inflation-adjusted terms a generation ago, it caused a global slump. This time round the economy has barely missed a beat," asking, "How high does the oil price have to go before the pips start to squeak?"

Well, this is the perspective from the high ground, but talk to small business owners and fixed-income householders and the pips are already squeaking. Business is harder to get, margins are lower and competition is fiercer, and while the oil price is maintaining its headline highs, one is getting used to taking out mortgages not so much to buy a house but to fill the car with petrol at the garage. And there is no solace in public transport as providers continue with inflation-busting fare increases.

The paper warns us that the average household energy bill is about to hit £1000 a year and, waiting in the wings are record Council Tax bills, on top of previously record levels which are hitting harder and harder each year.

Yet, as we "enjoy" fewer services, delivered even less efficiently for our money, campaigners on the energy front are arguing that that expected gas price rises are unjustified, claiming that families are paying the price for market inefficiency. Yet still the prices go up.

Then, of course, we see the electricity price increases, driven in part by the increasing burden imposed by the Renewables Obligation, to fund the cretinous stupidity of polluting the countryside with industrial windmills, while food inflation – also driven in part by the rush for renewable fuels - is also adding to the weekly housekeeping bill.

On the other hand, we are also told that the economy is at risk from a "debt famine" as both households and businesses find it more difficult to borrow money – that against a record level of personal indebtedness.

Some evidence of this is already filtering through with reports that mortgage approvals have slumped to a three-year low and "look set to slide further as fears mount for Britain's cooling property market". Meanwhile, perhaps more worrying, the number of homeowners approved for remortgaging jumped by 7,000, to 95,000 in November.

The Telegraph interprets this as indicating that people "may have been standing back from the market, choosing to stay in their homes rather than sell up and move on", but the other possibility is that people are consolidating debt, trying to reduce the crippling burden of credit card interest.

Here, we have a further element of unreality in that the Bank's monetary policy committee is considering cutting interest rates to 5.25pc as soon as next week "in an effort to prevent economic growth sliding into negative territory". By conventional measures, however – with real inflation taking a decisive tilt upwards – the Bank should be looking to increase interest rates, to dampen down credit-fuelled spending.