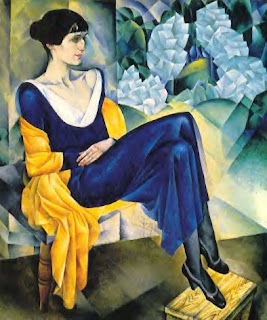 As it happens, I have already disagreed with another blogger today. No, it was not Tim Worstall who responded in a somewhat round-about fashion to my colleague’s complaints about lack of acknowledgement of the work he has done. I have done with that particular issue for the time being, though we shall both return to the problem of intellectual work not being appreciated in this country and the difficulties that creates.

My disagreement, mild and courteous, as I like this particular blog a great deal, was posted on London Daily Photo, run by an amateur photographer called Ham and one of my daily must-see outlets. In fact, I cannot recommend the site highly enough.

Ham, decent chap that he is, posted a picture and a comment to do with Holocaust Memorial Day. My objection was to him ruminating about “tragedies” such as Cambodia, Bosnia, Rwanda and Darfur proving that the international community still has not learnt to deal with such matters.

Let us first look at that phrase, international community, which is about as meaningless as can be. Who, precisely, is going to deal with these “tragedies”? This blog has tried to document the developments in Darfur (and Chad) as well as the difficulties of dealing with them. Somehow, I suspect that a lot of people who wring their hands about the international community would not like the only possible weapon said community has being put into place: suspend aid until the governments, armies and militias start laying down arms and behaving themselves. Then stop aid altogether except, maybe, immediate help delivered by the Anglospheric armed forces and start buying goods from those countries (including oil).

Moving on to more important points, I disapprove of the use of the word “tragedy” in this context. Yes, they were all tragedies to the victims, their families and their peoples but the word implies something passive. These tragedies simply happened because the international community was not looking where it was going.

They did not just happen. These were also enormous crimes, even mass murders, committed by certain people for certain reasons and that must be understood. Bleating about the Holocaust as if it were some kind of an inexplicable but horrible event gets us nowhere.

And talking of crimes we come to the point I actually made on the blog: Cambodia does not fit into the pattern at all. You cannot understand what happened there unless you start thinking and writing about all victims of Communism, those in the Soviet Union, in Eastern Europe, in China, in Vietnam and so on. What of them, I asked. Tomorrow morning I shall check if there are any responses.

And on we go with another rant that does, eventually, explain what the connection of all this is with the European Union. No, it is not what you think. Read it here.
Posted by Helen at 22:30