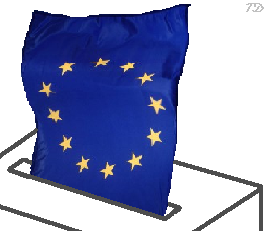 We expect little other than a large dose of tedium as the dreaded task of shadowing the second reading debate on the constitutional Lisbon treaty looms. But, all of a sudden, it looks as if we could be a tad pessimistic.

Coming to our aid (although I doubt they had us in mind) are Ian Davidson, Labour MP for Glasgow South-West and Gisela Stuart, the MP for Birmingham Edgbaston who, according to The Guardian have tabled an amendment to the ratification Bill, stating:

That this House declines to give a second reading to the European Union amendment bill as no provision for a referendum on the European constitutional treaty is made within it, despite the Labour, Conservative, Liberal Democrat, Scottish Nationalist and Plaid Cymru parties all having promised to make provision for such a referendum in 2005.

This has the support of 20 Labour MPs, the Scots Nats and the Ulster Democratic Unionist party members, while the amendment's sponsor, Ian Davidson, happily suggests that it will "reignite the debate" on giving British voters a say on the EU treaty and force Brown to change his mind. "There will," he said, "be a number of constituents asking, 'How did my MP vote?'"

The amendment hasn't a hope of being accepted, but the rebel MPs hope that it will crank up the pressure ahead of another planned amendment calling for a referendum, expected at the Bill's committee stage. Davidson hopes constituents will lobby their MPs to vote for that one.

Interestingly, when The Guardian sought comment from the Conservatives on whether they would support Davidson's initiative, they failed to return its calls. Why are we not surprised?

Image from Thunderdragon, with thanks.