A vast network of influence 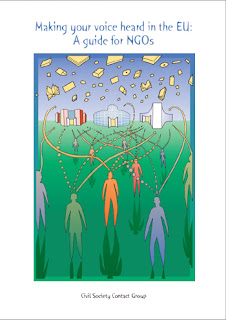 Labour, we are told plans to "outflank" Cameron on the EU. To that effect, his ministers are planning to gather testimony from businesses and children's and environmental groups in support of the new EU treaty, thus attempting to portray David Cameron as "more isolationist" than Margaret Thatcher.

The great master plan is to be executed before the second reading of the Commons debate on the treaty Bill, when the chosen groups are being encouraged to write to MPs and MEPs emphasising what they regard as the benefits of the treaty. This "third-party support" is seen as invaluable on an issue which ministers believe turns off many members of the public and indeed many MPs.

Through this means, our Europhiliac foreign secretary David Miliband claims that while the ratification bill offers a short-term tactical opportunity for the Tories, it could be a long-term strategic gain for Labour.

One of the front-runners in this group of EU advocates is the NSPCC. It is to publish a briefing tomorrow telling us that the treaty "is a significant step forward for efforts to protect children and promote their rights in the UK, across the European Union and beyond", and "will help ensure that EU laws and policies are child-proofed, and contribute to promoting children's rights and interests".

Another of the groups is Bond, an umbrella group for anti-poverty groups. It has already written to MPs telling them that the treaty "has the potential for the EU to deliver a stronger poverty focus and greater coherence in its development and humanitarian work".

Quite why the NSPCC is so enthusiastic about the EU, however, is not immediately apparent until one realises that it is a founder member of the European Children's Network (EURONET). This in the past has received funding from the EU commission, and will no doubt do so again in the future.

The NSPCC has also received EU funding for its Childline project, which is channelled through the commission's DAPHNE Programme. That programme has a budget of €50 million for 2004-2008, with €10.5 of offer for this spending year – funding a diverse range of NGOs in the child protection industry.

In other words, the NSPCC has its fingers in the EU pie up to its armpits. Its "third-party support" is simply another example of the EU buying up NGOs to extend its influence into organised civil society.

As for Bond, the "umbrella group for anti-poverty groups", its EU affiliations are even more transparent. It is one of these "network" organisations so beloved of the EU, formed in June 1993, on the initiative of 61 NGOs, and now has over 300 members. Much of its activity is in fact advising its members on how to obtain EU funds, for which purpose it has even set up a specific unit called the EC Funding Group.

Through Bond, however, these 300 members link with Concord, the European NGO confederation for Relief and Development. It consists of 42 member organisations: 20 international networks and 22 national platforms. Its aims are "to co-ordinate the political actions of NGOs for Relief and Development at European level and to stimulate exchanges of information among NGOs but also with the European institutions."

Concord, in turn, is linked with the act4europe programme, which is directly funded by the EU commission. This organises and administers the EU Civil Society Contact Group and produces the NGO guide illustrated at the top of this piece.

It also hosts the Green 10, an "informal platform of environmental NGOs", which is headed by the European Environmental Bureau. It is funded by the EU, and by the governments of Austria, Belgium, Denmark, Finland, France, Germany, Hungary, Luxembourg, The Netherlands, Norway, Slovakia, Spain, Sweden and the United Kingdom as well as the secretive Sigrid Rausing Trust.

The European Environmental Bureau tells us that enacting effective environmental legislation remains the EU's core tool for setting standards and environmental quality objectives, guiding environmental innovation, making enforcement possible, giving economic actors a level playing field and the public a set of rights and opportunities for action. That is why, it says, "the EEB continues to dedicate a large part of its attention and capacity to development of such legislation."

These are all part of this vast network of influence, all buying into the "project". And having been nurtured by the EU, the EU is calling in its marker, expecting them to spring forward to help the British government defend the new treaty, pretending to be independent "third-party support".

It is difficult to believe how far the EU has infiltrated our "civil society" until you see the evidence for yourself. So deep is the rot though that, whenever an organisation stands up in support of the EU, you can bet that, somewhere – and not very deep down - EU money is talking.