Now we know they are mad … 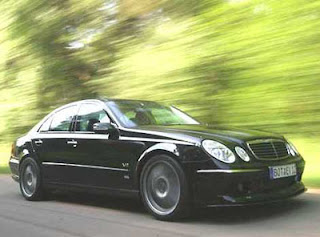 As we have remarked before, the Germans are wedded to their fast cars and their autobans without speed limits. One theory as to why this is the case is that it provides an authoritarian and over-regulated state with something of a safety valve.

But, such is the hubris of the Greens that, despite their initial rebuff, they are still planning to take on the motoring lobby, calling in aid the current EU commission emission proposals.

Facing the reality that Germany without nuclear power has very little chance of meeting the EU targets for greenhouse gas emissions, the environment minister is turning to speed limits on the autobanen as a way of getting the count down.

The man in the frame is Social Democrat Sigmar Gabriel who has – like the rest of the political classes of the member states, welcomed proposals and, like the idiot Hilary Benn, has no idea how he is going to comply with them once they are written into law.

Thus says Gabrial, clutching at straws, "A speed limit is becoming ever more important with the tightening of climate targets," adding – according to Deutsche Welle - "Every penny counts." Shurely he means "cent", now they Germans are in the Euro.

However, despite the fact that a limit of 130 kilometers (82 miles) per hour is estimated to offer pathetically small savings in emissions of around 0.5 percent, Gabriel has declared that a speed limit would become unavoidable after 2009.

Needless to say, there is a domestic political issue here. The next federal elections are in 2009, and the assumption is that the current coalition of Christian Democrats and Social Democrats will become history. The Christian Union parties currently in the coalition would not allow a speed limit to be introduced.

Up to press, such emission reductions as have been achieved have been gained from the collapse of East Germany's industry in the early 1990s. But, with the phasing out of nuclear power and its replacement with coal fired power stations (26 of them have been ordered), Germany is going to be hard-pressed to keep up any momentum without going nuclear.

This is something that Gabriel is not prepared to accept, so we have the unedifying prospect of a German environmental minister rejecting the one thing that might work, in favour of something that will not, and seeking to put to an end one of his nations most cherished freedoms.

This only goes to prove that these people are well and truly mad.