A matter of convenience 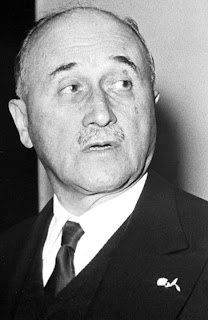 A good piece from Frank Furedi in Spiked online. "Despite appearances," he writes:

…the political oligarchy is not passionately pro-European. It lacks a political language or any ideals that might give Europe some meaning. That is why those who celebrate and uphold the EU are not necessarily pro-European. National governments are happy to participate in the EU because it relieves them of the need to take direct responsibility for many policy initiatives and measures.

Frequently, they can shrug their shoulders and say: well, these policies emanate from a technocratic, supra-national body, the EU. In earlier times, national governments jealously guarded their policymaking processes and prerogatives. Today, they are eager to subordinate themselves to EU protocols, and to "share" authority with others.

The voluntary relinquishing of sovereignty by European elites does not show that they are high-minded, forward-looking, enlightened internationalists. Or even that they are fervently pro-European. It merely shows that an insecure oligarchy is happy to work through institutions that allow it to disavow full responsibility for its actions.

These are exactly the points we made in our piece in March last year. The political élites actually like the EU because it is so convenient. It does all the donkey work of governance, relieving them of the responsibility of having to work for their livings, allowing them to parade and posture on the political stage. They can spend their time indulging in the theatre of politics without having to deal with the boring details.

Mr Monnet (pictured) really knew what he was doing when he set this thing up.