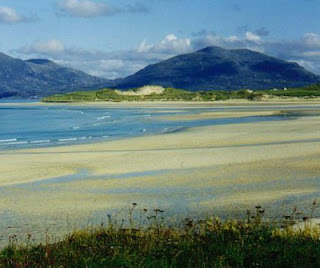 Beautiful it is, unspoilt it certainly is, and if it was not so cold, windy and isolated it would be much sought-after as a holiday destination.

This is Lewis in the Outer Hebrides, and it is sought after for another purpose, the location of a huge wind factory, comprising 180 giant turbines, all set to help the UK fulfil the EU’s much lauded 20 percent emissions cut, and its requirement that the UK increase its renewable energy 15 percent of all energy consumption by 2020.

But, according to the Hebrides News, the planning application will be refused by the Scottish government, much to the consternation of the developers and the Island Council.

Hilariously, though, the reason given is that Edinburgh has "received clear warnings" from the EU that the proposal breaches a number of EU environmental laws. It is understood that EU warned that it could take action against the UK if the scheme went ahead.

You just could not make this up. On the one hand, the EU is pushing for renewable energy and then, on the other, that same EU’s laws are preventing the development of that energy.

Under the weight of its own contradictions will the EU eventually collapse, and this is a magnificent example of how it will be brought down. Despite our pessimism over the constitutional Lisbon treaty, the collapse cannot be long in coming.