We need the freedom 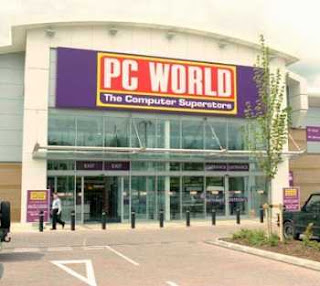 Xinhuanet and other agencies are reporting unease in the EU at the $100/barrel price of oil, with Amelia Torres, EU spokeswoman for economic and monetary affairs, warning that, "If this high level of (oil) prices maintain its way, it will have an impact on the (European) economy."

This comes on the back of the prediction by EU economic and monetary affairs commissioner Joaquin Almunia that growth in the eurozone may slow more than forecast by the EU commission and drop below two percent in 2008 for the first time in three years, due "to new developments in the oil markets and persistent financial turbulence."

"We are facing downside risks for our growth scenario," Almunia said at that time. "With the present information our forecast would have lower figures for growth."

He also added that weaker private consumption could reduce the momentum of European economic growth – something which seems to be becoming a reality as The Financial Times reports that the retail sector's festive reporting season "began with a dramatic profits warning" after DSG International, the electricals group, said consumers stayed away from its PC World stores in the run-up to Christmas.

Interestingly, it was not only British stores that contributed to a profit level £40m-£50m lower than expected but Italy, where sales were down 11 percent. Sales in Ireland were also flat and, on the Nordic countries, electrical sales were down by one percent on a like-for-like basis.

Against oil and food-driven inflation, financial authorities are now in a dilemma as to whether to raise interest rates to maintain price stability, or to reduce them to encourage the housing market, stricken by the sub-prime mortgage market crisis, and thus boost consumer spending.

But, if the problem is especially acute for M. Trichet and his ECB pals in the eurozone, The Daily Telegraph is commenting on our good fortune in remaining out of the euro. The paper says Britain has again become, albeit marginally, the EU's only oil exporter, and, the price rise is having the opposite impact on us from that which it has on the eurozone states – "a useful reminder of why we have been wise to keep the pound".

The paper adds that the Bank of England's desire to cut interest rates may be frustrated by the inflationary pressures of rising oil and a falling pound. This is not exactly stagflation - not yet, at any rate - but it is a distinctly chillier climate. "Now, more than ever," it concludes, "we need the freedom to run our own economy."

This newspaper could have added that we need the freedom to run our own government as well.