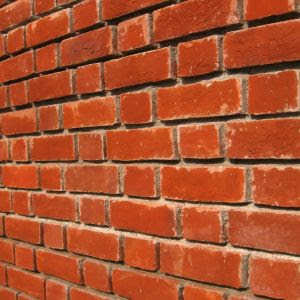 The now seemingly distant Christmas period has always been problematical for this bog blog (Freudian slip corrected) – as are all prolonged holiday periods – but more so than for other news and political blogs. The Eurocrats go on leave, the political process grinds to a halt and news on EU affairs – rarely at a high volume anyway - dries up. In these slack times, keeping up the volume of posts actually takes more work than a busy news day.

It was with some relief, therefore, that we saw the back of this prolonged holiday period, but that relief has been short-lived. The political blogs that deal with UK affairs can indulge in the torrent of coverage on Peter Hain and allied matters but, for us, rather than the typical New Year upsurge in political business, the EU agenda has been curiously flat. The suspicion, quite definitely, is that the "colleagues" are keeping their heads down until they have the Lisbon treaty ratified and safely in the bag, holding back any new initiatives that might worry the natives.

Hain apart, much the same affliction seems to grip British politics as well, certainly according to our fellow blogger, Tapestry. And while England Expects recently told us that the British government is intent on rushing the treaty ratification through at breakneck speed, our own intelligence suggests that we are not going to see a robust Tory response to this insult to democracy.

The lack of direction which Tapestry picks up is somewhat reinforced by the lack of any strong response from the Tories over last week's announcement on nuclear energy, with Tory energy spokesman Alan Duncan offering lukewarm support, being contradicted by Tory "spokesman" Zac Goldsmith. The political opportunities to attack the government were immense but, leaving them lying, David Cameron chose to focus on the narrow domestic agenda of "reclaiming the streets".

The Tory leaders seemed to be unaware that energy supply is in fact a major issue of public concern – and nuclear a popular choice - evidenced by an online poll conducted by the Western Daily Press which resulted in 98 percent of those taking part favouring the construction of a new nuclear power station at Hinkley Point in Somerset, a finding supported in yesterday’s YouGov poll which showed a two-to-one majority in favour of nuclear power.

As far as we can see, though, only Booker, in his column follows through on the growing energy crisis in any real analytical sense, the rest of the Sundays playing it low-key, while The Sunday Times homed in on alleged profiteering by the major energy companies.

Moving from the sublime to the ridiculous – or so it would seem - neither has there been any reaction to what, in days past, would have been an important piece of news, particularly for the Tory party which once had its roots in the agricultural community.

Distributed routinely by Reuters and put up only on The Guardian website, this was the news from our supreme government in Brussels that agriculture commissioner Mariann Fischer Boel had signalled a "gradual end to dairy subsidies".

In the days of butter mountains and controversy about the CAP, this might have excited some attention, and it should now as the British dairy sector – having been scandalously treated by the EU farming regime - is bleeding to death. At the current rate of decline, in a few years time we will be hard put to it to supply even liquid milk from domestic sources.

That Boel is also still focused on the problems of over-supply – for which the CAP was designed – should also have attracted comment. In anticipation of the planned abolition of milk quotas – which are due to be phased out by 2015 – she has proposed a "preparatory" quota rise in 2008.

From this we learn that her action is also in response to "soaring prices, particularly for butter and skimmed milk powder". That the price rise is due to the gradual tightening of supply and a quota easement will have little if any effect, seems to have escaped Boel. British farmers are already having trouble meeting their quotas and, last year, dairies were struggling to find enough liquid milk to meet their supply contracts.

But the news just plops out without comment. It is all very distant, very technical and, in any case, it is nothing to do with our government. Agriculture is an EU competence – the EU will do what it wants to do and there is nothing we can do to change it and, in the fullness of time our provincial government will fall into line and do what it is told. In the meantime – or so the hidden message tells us - it really isn’t worth bothering about.

The same goes for the news about the commission's consultation on public service broadcasting. We thought it important but it has been almost completely ignored – "nothing to do with us guv", say the media and the political parties.

And, in a week when we have seen reaction to the Bishop of Rochester's assertion that Muslims in the UK are creating "no-go" areas for whitey – which of course they are - it was rather amusing to see an exclusive report in The Yorkshire Post about Asians in Bradford complaining that Polish immigrants were taking their jobs.

So bad has the situation become that there have been outbreaks of violence between young Asians and Poles, with Mohammed Ali, a spokesman for the Rowntree Foundation declaring that, "The European Union expansion has had an impact on the number of jobs going to those in the ethnic minority communities – it's easy to bring in outsiders who will work for less but we run the risk of leaving people behind."

On the other hand, Ewa Sadowska, co-ordinator of the Polish charity Barka UK, says: "We hear stories about intimidation of Polish people every day. There's a high level of crime against Polish people, and I'm sad to say, a lot have been described as living in conditions like pigs."

Nothing of this gets any wider coverage in the media though, despite the implications, leaving today's main EU-related news as the coverage of David Cameron's vacuous statement on the EU treaty and his (non) action when the treaty is ratified. Covered by The Guardian and the BBC website, we also get a preview of a speech Gordon Brown is to give today, telling us that we must "remain fully engaged" with the European Union. "At this time of global economic uncertainty," he will say, "we should not be throwing into question our future membership of the EU - risking trade, business and jobs."

Alongside this fluff is the soap opera of Blair's apparent bid to become lord high president of the EU, the latest step being that the head of France's opposition Socialist party has rejected the idea, despite Sarkozy’s enthusiasm for it.

But this really is so much fluff. If we thought it might happen, we would be writing about it seriously. But this one is not going to fly. And as for the rest of the news on the EU – the project marches on, but the mainstream media is not reporting it.

Last week, a Eurobarometer poll recorded the complaints of European "citizens" that there was not enough media coverage of EU affairs. For once, we would agree. We are hitting the wall.