Despotism in the European Parliament 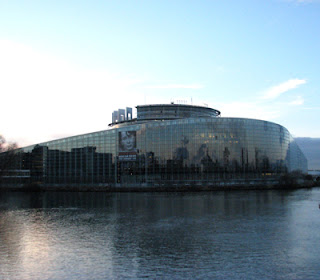 Despite our little spat, we have not forgotten that Hannan does do some very useful work, his latest post picking up the dire situation in the European Parliament.

In so doing, he builds on the work of England Expects, whose latest posts is a cry of despair. Both should be read.

The interesting thing is that the great Europhiliac mantra is that the EU parliament is the repository of democracy in the European Union, perpetuating the myth that the election of its members necessarily confers democratic status.

What Hannan and England Expects both show is that the EU parliament is simply an elected tyranny – the tyranny of the majority. And, if there is no democracy in that institution, there can be none anywhere else in this profoundly anti-democratic political construct.