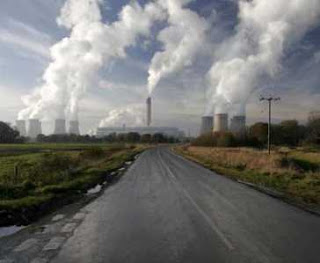 As the countdown continues to 23 January, when the commission is due to unveil its detailed proposals for distributing the planned cuts in CO2, Barroso has been in Strasbourg in an uncompromising mood.

Addressing the EU parliament, he told the MEPs "Do not expect us to compromise on European interests... Both our international credibility and credibility before European Union citizens depend on fulfilment of the targets."

From the Euro-centric perspective of Strasbourg, the EU's credibility might actually seem important, especially in front of the “colleagues” in the toy parliament but, from a look at the press coverage, the rest for the world hardly cares, and the UK media virtually not at all.

Despite Barroso’s madness threatening to bankrupt all the EU member state economies – not that some need any help – the global coverage of the commission president's "fight-back" against mounting criticism amounts to a mere 32 items on Google News.

So it is that we are drifting into a nightmare of quotas, emission trading and regulation, with barely any comment, with barely anyone noting the growing madness of the would-be emperor of Europe as he prattles that, "It is essential to meet the three central challenges that the European Union faces in energy: competitiveness, sustainability and security of supply."

With his merry men committed to a massive programme of completely unsustainable "renewable" energy, with massive generation costs made still more burdensome by the positively insane emission trading scheme, all of which will leave us so short of energy that EU members states will be increasingly reliant on highly unreliable Russian supplies, the very last things Barroso can deliver are "competitiveness, sustainability and security of supply".

Possibly only in Strasbourg, however, could the man stand up in front of an audience and proclaim that his commission was well aware of the "realities", without being laughed out of town. "Realities" and "commission2 are not words that sit easily in the same sentence.

Had more people been listening, they would have heard Barroso demonstrate this when he said that the EU must "put our money where our mouth is". What he actually should have said – if he was being honest - was "you" meaning us, "must put your money where my mouth is." But, since so few people were listening to Barroso's mad prattling, the irony was lost.

The neglect of his madness, however, is something we will all live to regret.