Our government has spoken 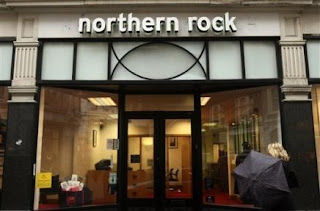 While the House of Commons was busy giving away more powers to our central government in Brussels, that government was sending out a stern message to Mr Darling, our state treasurer, that he had better watch his step over Northern Rock.

The Forbes financial news agency was one of the very few to carry the report, which has the EU commission saying it will "analyse under strict EU aid rules" any new British government support for Northern Rock.

Not even bothering to step up to the plate herself, competition commissioner Neelie Kroes relied on her spokesman to deliver her warning to the British provincial government, saying: "Any UK government support for Northern Rock beyond the rescue aid authorised by the Commission (last year) will have to be assessed by the Commission to verify whether there are elements of state aid involved and, if so, whether the aid is compatible with the guidelines on restructuring aid".

Despite a remarkable absence of comment in the MSM, the commission has been closely involved in the Northern Rock debacle. In early December, it approved the rescue aid given by our provincial government, but then warned that any future restructuring plans would be under similar scrutiny and "also necessitate clearance".

All this underlines the fact that any idea of our government being an independent sovereign authority is a hollow joke. Mr Darling acts under license from our central government. Every move he makes is subject to scrutiny by Brussels and he cannot do anything without the approval of his masters, who must be constantly informed of everything he intends to do.

Thus, while Darling outlined his rescue plan to the British parliament yesterday, this was for information only. He does not need and nor did he ask for its approval. But he does need the approval of Brussels before he makes any move.

This is the reality of once Great Britain in the 21st Century, a situation which only survives because of the wilful neglect of our MSM and politicians to bring this home to the British people, and by the failure of our own movement to point it our at every opportunity. "Brussels" is not just the headquarters of the EU commission. It is also the headquarters of our central government, and it is about time this was properly recognised.

Admin note: light blogging today - off to London to give a talk on defence spending. Don't forget to have a look at Defence of the Realm.