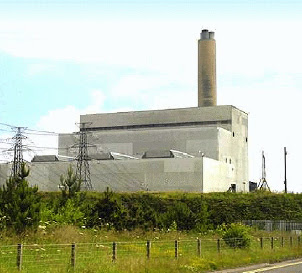 Written by Chris Tighe and Andrew Bounds, it records that, "Plans to tighten European anti-pollution legislation could force the closure of swathes of industry in the UK," retailing a warning by business leaders in the form of BusinessEurope. The authors go on to tell us that:

The European Commission tabled proposals just before Christmas to toughen directives dealing with dust, sulphur and nitrogen emissions that cause acid rain and smog, saying national governments were set to miss targets that would save tens of thousands of lives.

We considered writing up that same story last night but something did not ring true and we held back in order to do some background digging. Our concern was that we have no recollection of any new proposals by the commission "just before Christmas" and, while we do not follow every twist and turn of the EU’s activities, something like that, we felt, could hardly escape our attention.

Sure enough, on further investigation, there were no such proposals. The FT writers have got themselves confused. They are in fact referring to a new directive on "ambient air quality and cleaner air for Europe" which was approved on 11 December by the EU parliament and then on 20 December by the environment council.

The directive itself was proposed in August 2005 and agreed in principle by the council in October 2006 and has since been working its way through the labyrinthine legislative system, to re-emerge last December in its final form.

All this goes to re-emphasise the difficulty in following EU affairs and the danger of taking media reports at face value.

One also takes industry's complaints about EU legislation with a pinch of salt. We saw all the huffing and puffing about the REACH directive but, in the end, they all rolled over like good little boys, and have taken the hit. In due course, many of the industries affected will relocate in the Far East or wherever, and there will be the ritual wringing of hands, but none of the complainants were going to take the commission head on and fight the legislation.

The substantive part of the FT story, however, was not about general industry complaints but on the fate of "one of the biggest industrial employers in the North East." 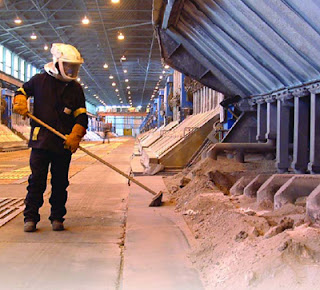 This is Alcan, owned by Rio Tinto, which is having problems with the commission over its coal-fired Lynemouth power station and the adjacent aluminium smelter it supplies (pictured right). The business employs 670 workers in an area of Northumberland that has struggled to rebuild its economy since the loss of coal mining, but action by the commission is threatening its closure.

On the part of the commission, it says that Alcan must reduce emissions from its plant by 1 January, as part of the extension of the EU's large combustion plant directive to cover older power plants. The UK, on the other hand, claims Lynemouth is exempt, arguing that there was a "legal difference over interpretation of the directive".

More details are proving extremely difficult to find, with Alcan saying the discussions were an "ongoing matter" between the commission and the UK government, on which it could not comment further. But it comes to a pretty pass when a major employer in the North East is the subject of a dispute between our supreme government and its subordinate in London, with the case eventually decided by our supreme court in Luxembourg.

Here, once again is another graphic illustration of where power actually resides.